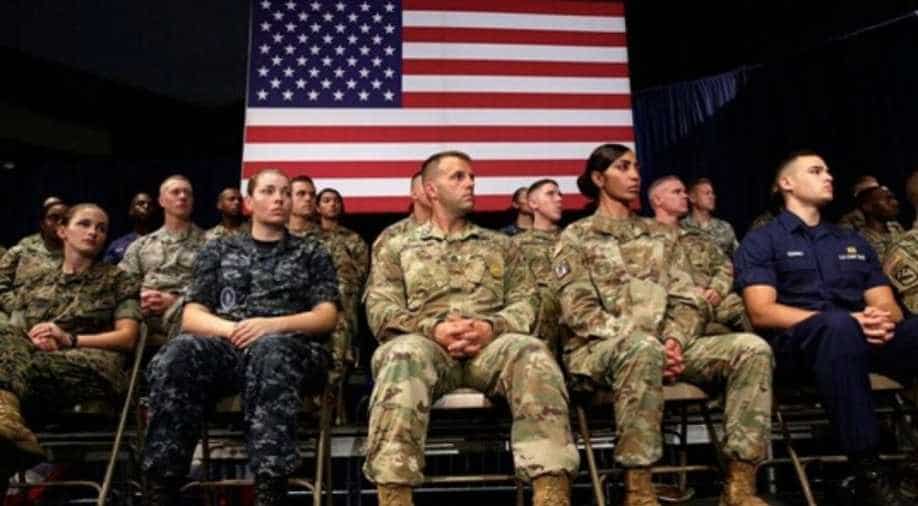 NGO  Feeding America estimates that 29 per cent of troops in the most junior enlisted ranks faced food insecurity during the previous year.

Food crisis is deepening in America. The outbreak of Covid pandemic has only worsened the situation, so much so that even American military forces are finding it hard to secure food for their families.

According to a report by news agency AP, as many as 160,000 active-duty military members are having trouble feeding their families.

The report has quoted data from a United States-based nonprofit organisation, Feeding America, which runs over 200 food banks and feeds more than 46 million people across the country.

The revelation came when the NGO was compiling data to examine how long-term food insecurity has extended into every aspect of American life, including the military.

According to Department of Agriculture, US, over 89 per cent of US households were food secure throughout the year in 2020.

The remaining 10.5 per cent of households were food insecure at least some time during the year, including 3.9 percent (5.1 million households) that had very low food security.

While the government has no data of food insecurity among the military members, the NGO’s report is the first one to openly acknowledge the glaring crisis among the armed forces.

Activists say that food crisis had existed for years in the military ranks, primarily among junior-level enlisted service members with children.

The group estimates that 29 per cent of troops in the most junior enlisted ranks faced food insecurity during the previous year.

“It’s a shocking truth that’s known to many food banks across the United States. This should be the cause of deep embarrassment,” Vince Hall, Feeding America’s government relations officer, told AP.

A Naval officer acknowledged that he was relying on food assistance to ensure that his two daughters are fed.

“It is what it is," said James Bohannon, 34, a low-ranking Naval in San Diego.

"You know what you’re signing up for in the military,” he said, after emerging from a drive-thru food distribution organized by the local Armed Services YMCA branch. “But I’m not going to lie. It’s really tough.”

Meredith Knopp, CEO of a food bank in St. Louis and an Army veteran, said the problem cuts across all branches of the military. She recalls being a young officer in Texas when she was approached by a new private with a baby.

“They were getting ready to turn off his electricity because he couldn't pay his bills,” she said. “It was shocking to me.”

According to experts there are several reasons why the military members are finding hard to afford food.

Modest pay, for instance, of junior enlisted ranks is the primary source of food crisis, the experts say. Apart from that, internal military culture of self-sufficiency leaves many reluctant to speak about their difficulties, for fear they will be regarded as irresponsible.