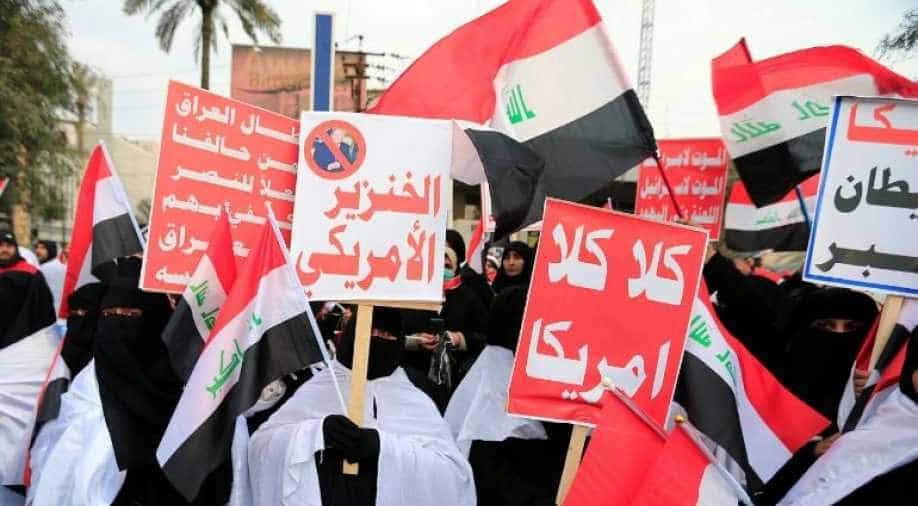 The march has rattled the separate, months-old protest movement that has gripped the capital and the Shiite-majority south since October, demanding a government overhaul, early elections, and more accountability

Thousands of supporters of volatile Iraqi cleric Moqtada Sadr gathered in Baghdad on Friday for a "million-strong" march to demand the ouster of US troops, putting the protest-hit capital on edge.

The march has rattled the separate, months-old protest movement that has gripped the capital and the Shiite-majority south since October, demanding a government overhaul, early elections, and more accountability.

In the early hours of Friday, thousands of men, women, and children of all ages massed under grey skies in the Jadiriyah district of east Baghdad.

"Get out, get out, occupier!" some shouted, while others chanted, "Yes to sovereignty!"

The American military presence has been a hot-button issue in Iraq since a US drone strike killed Iranian general Qasem Soleimani and Iraqi paramilitary leader Abu Mahdi al-Muhandis outside Baghdad airport on January 3.

Two days later, parliament voted for all foreign troops -- including some 5,200 US personnel -- to leave the country.

The vote was non-binding and a senior US official said Thursday that Washington had yet to open talks with Baghdad on a troop pullout.

"There has not been any real engagement," said ambassador James Jeffrey, the US special envoy for Syria and the coalition against the Islamic State group. 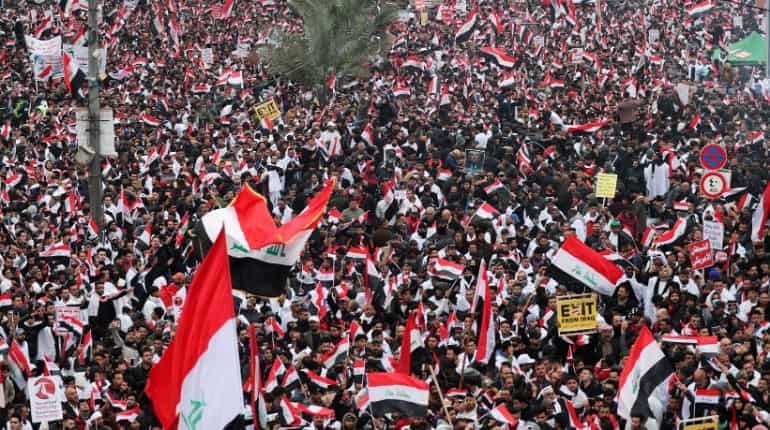 But he added that operations against the jihadists had been on hold since the drone strike, which triggered retaliatory Iranian missile strikes targeting US troops in Iraq.

"Coalition operations have been primarily on pause in Iraq as we focus on force protection and looking into the way forward with the Iraqi government," Jeffrey said.

Long opposed to the US troop presence, Sadr seized on the public anger over the drone strike to call "a million-strong, peaceful, unified demonstration to condemn the American presence and its violations".

Several pro-Iran factions from the Hashed al-Shaabi paramilitary force, usually rivals of Sadr, have backed his call and pledged to join.

Preparations were in full swing as early as noon on Thursday, with additional checkpoints across Baghdad to secure the protest area and buses ferrying in people for the rally.

But separate anti-government protesters, who have braved violence that has left 470 people dead since October, fear their cause could be eclipsed by Sadr's powerplay.

"Sadr doesn't represent us," one teenager said defiantly late Thursday on a blocked-off thoroughfare in Baghdad.

To head off Friday's gathering and ramp up pressure on authorities to enact reforms, young demonstrators blocked streets in Baghdad and across the south this week.

When Sadr announced the rally last week, many feared he would hold it near Tahrir (Liberation) Square -- the main focus of the long-running protests.

But his spokesman Saleh al-Obeidy said late Wednesday that they had chosen Jadiriyah, near Baghdad University, as the gathering place.

That, in turn, has sparked worry that angry crowds could attack the presidential palace or the high-security Green Zone, home to the US embassy and other foreign missions.

The move would not be without precedent for Sadr, who urged followers to storm the Green Zone in 2016 in a challenge to the government over undelivered reforms. 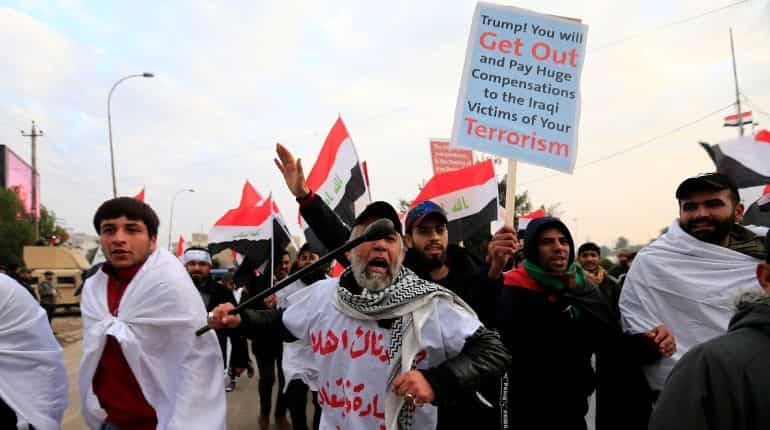 Sadr battled US forces at the head of his Mehdi Army militia after the US-led invasion toppled Saddam Hussein in 2003.

He later branded himself a reformist and backed the recent anti-government protests when they erupted in October.

The 46-year-old is a notoriously fickle politician, known for switching alliances quickly.

"Some sides representing the October revolutionaries think Iran is solely responsible for Iraq's ruin and others represented by the Hashed or its supporters say America is the source of ruin," Obeidy said Wednesday.

"We believe that both are behind this ruin, and Sadr is trying to balance between the two."

"On the one hand, (he seeks to) position himself as the leader of a reform movement, as a populist, as anti-establishment," Hasan told AFP.

"On the other hand, he also wants to sustain his image as the leader of the resistance to the 'American occupation'," partly to win favour with Iran.

"This protest will show Sadr is still the one able to mobilise large groups of people in the streets -- but it's also possible he wants other groups to respond by giving him more space to choose the prime minister."