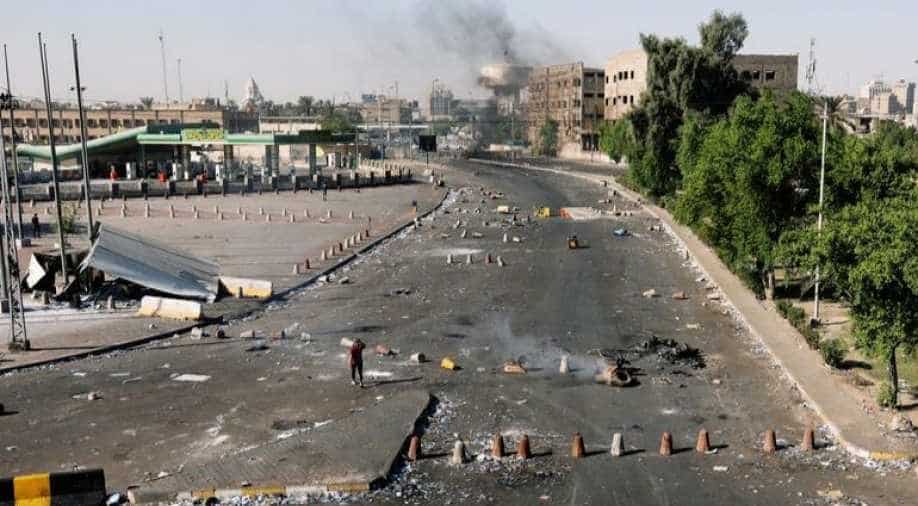 Iraqi authorities lifted a curfew in Baghdad on Saturday that anti-government protesters had defied.

Iraqi authorities lifted a curfew in Baghdad on Saturday that anti-government protesters had defied, as the toll from four days of violent unrest rose to 72 killed and hundreds injured.

Traffic ran as normal through the Iraqi capital and streets and main squares were otherwise quiet. Concrete barriers blocked off areas where protesters in their thousands clashed with police during the week.

Iraq's semi-official High Commission for Human Rights said security forces had detained hundreds of people for demonstrating but then let most of them go.

The security forces have accused gunmen of hiding among demonstrators to shoot at police. Several policemen have died.

The protests over the unfair distribution of jobs, lack of services and government corruption erupted on Tuesday in Baghdad and quickly spread to other Iraqi cities, mainly in the south.

It is the deadliest unrest Iraq has seen since the declared defeat of Islamic State in 2017 and has shaken the year-old government of Prime Minister Adel Abdul Mahdi.