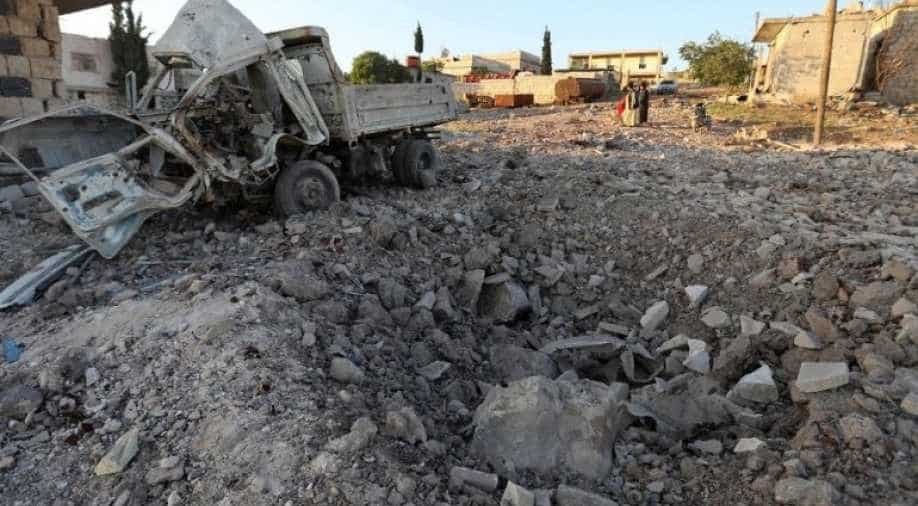 Six of the dead were members of the Al-Qaeda linked Hurras al-Deen, a group which is also targeted by the US-led coalition.

Moscow is a key ally of Syria's President Bashar al-Assad in the country's civil war, and despite an Idlib ceasefire deal reached on August 31, the province has continued to be targeted by Russian air attacks.

Russia-backed regime fighters have for weeks been chipping away at the edges of the province bordering Turkey that is the last jihadist stronghold outside of Assad's control.

Hayat Tahrir al-Sham - a group led by Syria's former Al-Qaeda affiliate - extended its administrative control over the whole of Idlib in January, but other rebel factions remain present.

In late August, clashes between anti-government fighters and regime forces left more than 50 dead on both sides, when the jihadists attacked loyalist positions in the south.

Last month, Russia and China vetoed a United Nations Security Council resolution backed by 12 of the 15 member states that called for a ceasefire in Idlib province.

It was Russia's 13th veto of a UN resolution since the Syrian conflict erupted in 2011, highlighting the Security Council's impasse over the issue.

The Syrian war has killed more than 370,000 people and displaced millions since it erupted in 2011 with the brutal repression of anti-government protests.