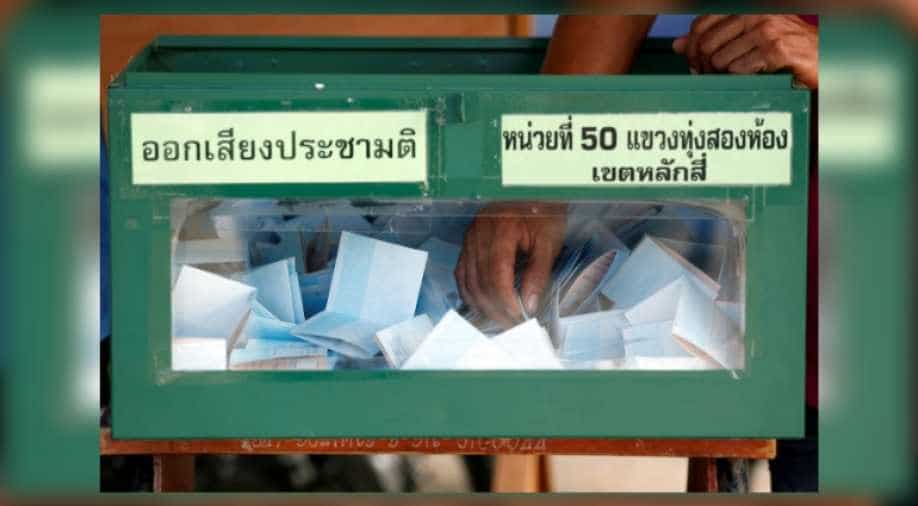 An election commission official holds a ballot paper from a ballot box while counting votes during a constitutional referendum vote at a polling station in Bangkok, Thailand.  Photograph:( Reuters )

The Bangkok-based establishment seized power in successive coups in 2006 and 2014 and now has its own proxy political parties.

Thailand will hold a much-delayed general election on February 24, pending the lifting of a ban on political activity by the junta in Bangkok by January, the Election Commission said on Tuesday.

The junta imposed a strict ban on political activity after it took power in 2014, citing the need to impose order after months of street protests against the democratically elected government of former prime minister Yingluck Shinawatra.

"On the lifting of the political ban, this will depend on the government," Nat said.

The election, which many hope will restore democracy in Southeast Asia's second-biggest economy, will likely pit the populist political movement backed by former prime minister Thaksin Shinawatra and supported by many in rural areas against the military and royalist establishment.

The Bangkok-based establishment seized power in successive coups in 2006 and 2014 and now has its own proxy political parties.

The military government has repeatedly pushed back the general election but said last week the ban on political activities would likely be lifted later this month and that political parties would be able to start campaigning in early January.