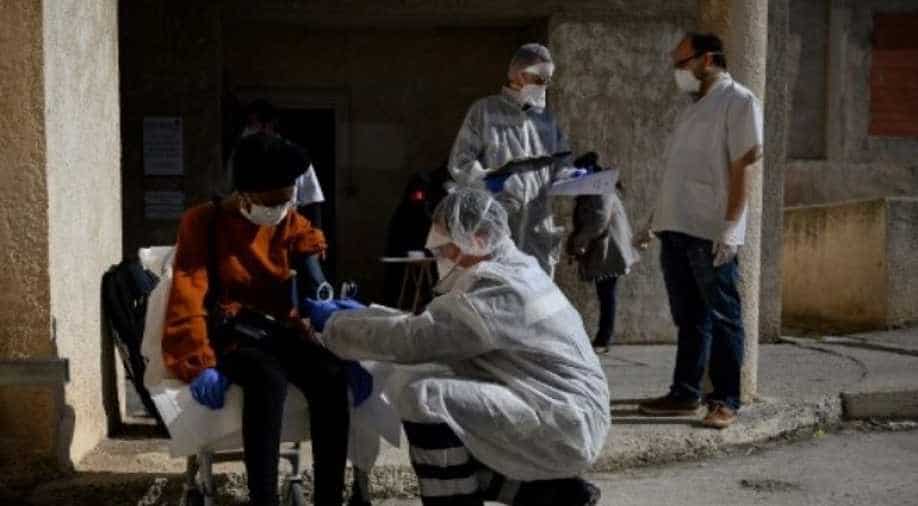 Parisians without second homes to flee to excoriated her on social media, with the economist Thomas Porcher, author of "Les Delaisses" (which roughly translates as "Those Left Behind"), calling Slimani "indecent".

When bestselling French novelist Leila Slimani -- the author of "The Perfect Nanny" -- admitted that she felt "a little like Sleeping Beauty" contemplating the coronavirus lockdown from the comfort of her country home, she hit a very raw nerve.

Class tensions -- never very far from the surface despite the fine sentiments of the French national motto "liberty, fraternity and equality" -- exploded.

Also read: British PM Boris Johnson in 'good spirits' after being hospitalised due to COVID-19

Parisians without second homes to flee to excoriated her on social media, with the economist Thomas Porcher, author of "Les Delaisses" (which roughly translates as "Those Left Behind"), calling Slimani "indecent".

With biting irony, journalist Nicolas Quenel recommended poor families read the diary of her bucolic confinement in Le Monde newspaper to "ease the tension of living in 15 square metres (160 square feet)" for a month.

Apartments in the French capital are often tiny, with nearly a quarter of the population living in 30 square metres or less.

Nor was Slimani's fellow novelist Diane Ducret impressed. Stuck in a two-room flat, and unable to see the sky, she said Slimani was typical of a certain caste of France's out of touch intellectual elite "for whom the revolution doesn't seem to have happened".

She compared the award-winning writer to the "Marie Antoinette playing at being a farmer" in the gardens of the Palace of Versailles, and "just about as in touch with fear and anguish of the people".

The French queen later lost her head to the angry Parisian poor.

In a scathing take-down of Slimani's diary in Marianne magazine, Ducret described how her elderly neighbour had killed himself by throwing himself from the window of his tiny bedsit because the owner wanted to sell it, condemning him to the street.

The virus had "shown up our inequalities," she said. "When it comes to a  certain social class... when our precious liberty is called into question, equality becomes just an ideal," she added.

When France declared its lockdown three weeks ago, an estimated fifth of the population of the capital escaped to the country and the seaside, sparking a wave of resentment in the provinces.

Many accused "selfish Parigots" (slang for Parisians) of spreading the virus.

Student Romain Mittica chose to stay in his bedsit in a poorer corner of northern Paris rather than to travel back to the east of France and risk infecting his parents.

Reaching out his arms he can almost touch the two walls.

But at least he only has to live with himself.

An exasperated grandmother called Kouther told AFP that she was "losing her mind" trying to keep her five grandchildren entertained in a 30-square-metre apartment.

"We are going to kill each other if this goes on any longer. They all want my phone and they are climbing the walls," she said as the children ran around a bare square at the foot of a cluster of high-rise blocks.

Playgrounds and parks have been closed since the start of the lockdown, with French people only allowed out for exercise once a day, as long as they don't stray more than one kilometre (around 1,100 yards) from home.

"You cannot keep children locked up like this. It's wrong. They can't play with their friends," Kouther added. "They are fighting from morning to night."

The children's father is a self-employed delivery driver who has had to keep working to keep his contracts. Their mother works in a supermarket, which is also open.

One morning when Kouther had to work as a cleaner, the children were left on their own, she said.

Like Slimani, Kouther, 63, was born in Morocco, but there the similarities end.

But even as she continued to glory in the bliss of the country, Slimani did acknowledge that not everyone was so lucky. "We are not equal," she wrote. "The days that come will deepen those inequalities with certain cruelty."

Unions too are worried about growing tensions between low-paid staff in the service sector who have been forced to keep on working, even with schools closed, and their white-collar colleagues who can work from home.

"There is feeling of injustice building up," warned Cyril Chabanier, the head of the CFTC union.

He said he was hearing people complain that "they have to go out to work" while their bosses were safe at home.

"They have the feeling of being sub-workers -- that it wouldn't matter all that much if they got the virus."