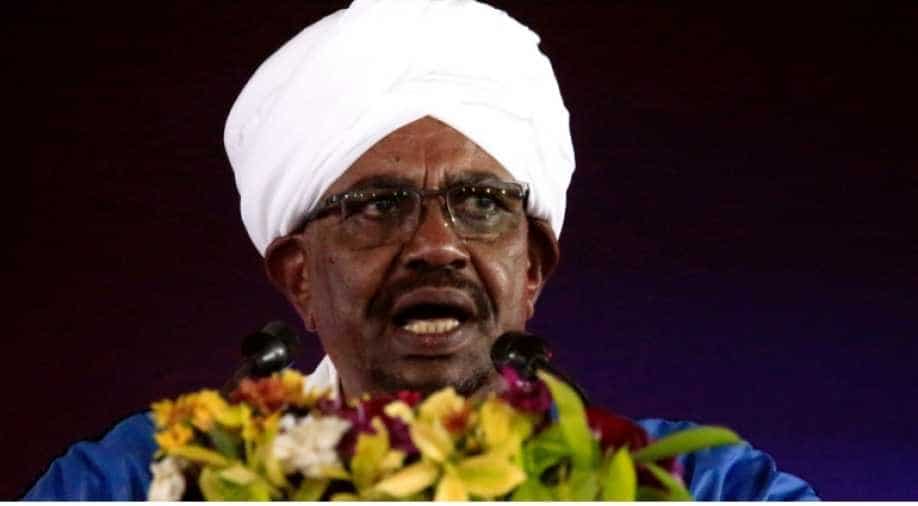 Bashir's critics blame him for Sudan's marginalisation and an economic meltdown that saw inflation soar to 72 per cent by the end of 2018.

Sudanese President Omar al-Bashir does little to hide his contempt for the young men and women who have been protesting for more than a month to demand an end to his three-decade rule.

Addressing soldiers this month, Bashir, a 75-year-old former paratrooper who seized power in a bloodless coup in 1989, warned the "rats to go back to their holes" and said he would only move aside for another army officer, or at the ballot box.

"They said they want the army to take power. That's no problem. If someone comes in wearing khaki, we have no objection," Bashir, wearing his military uniform, told soldiers at a base in Atbara, the northern Sudanese city where the protests started.

Bashir has long been a divisive figure.

Since taking office in what was then Africa's largest country, he fought a protracted civil war with southern rebels which ultimately ended with the secession of South Sudan in 2011, and the loss of more than 70 per cent of Sudan's oil.

Sudan has suffered prolonged periods of isolation since 1993 when the United States added Bashir's government to its list of terrorism sponsors for harbouring Islamist militants. Washington followed up with sanctions four years later.

Bashir has also been indicted by the International Criminal Court (ICC) in The Hague over allegations of genocide in Sudan's Darfur region during an insurgency that began in 2003.

Now, he is facing almost daily defiance at home in towns and cities across the country, protests that are still spreading despite mass arrests and a harsh crackdown by security forces using tear gas and live ammunition.

Authorities say at least 30 people have died in the unrest, which started on Dec. 19 after the government tried to raise bread prices, while rights groups and local opposition figures say at least 45 have been killed. Hundreds have been injured and hundreds more detained.

"The current protests represent the biggest and deepest challenge to Bashir's rule because they indicate that the crisis has reached a new level," analyst Khalid al-Tijani said.

Bashir's critics blame him for Sudan's marginalisation and an economic meltdown that saw inflation soar to 72 per cent by the end of 2018 and left the country unable to pay for food imports.

Supporters blame a Western conspiracy designed to undermine Islamist rule in Sudan, just as Bashir rejected the ICC charges over Darfur as part of a neo-colonialist plot.

In the months before the protests began, Sudanese had already been struggling to makes ends meet. The government tried to introduce reforms, devaluing the Sudanese pound and relaxing import restrictions, all to little effect.

The government had hoped for quick financial support from wealthy Gulf Arab allies after Bashir sent troops to Yemen as part of Saudi-led alliance fighting rebels aligned with Iran, but help was slow to arrive.

The trigger for the wave of protests was a government attempt to introduce unsubsidised bread, allowing bakeries to sell at a higher price. That came on top of the crippling, drawn-out crisis that had led to fuel and banknote shortages.

Unlike previous bouts of unrest, the protests have spread to parts of the country normally loyal to Bashir - and the heavy-handed response has so far failed to stem the spread.

Security forces have mostly used tear gas and stun grenades to try to quash the protests, but demonstrators and local rights groups have also documented the use of live ammunition.

Protesters often repeat one chant: "Down, that's it." Others shout, "Down, down with Keezan," a derogatory name used to describe Islamists.

Bashir was born on Jan. 1, 1944 to a poor farming family in Hosh Bannaga, a small village consisting mainly of mud houses and dusty streets on the eastern bank of the Nile River, some 150 km (93 miles) north of the capital Khartoum.

He has often played up his humble beginnings. Earlier this month, he repeated a story he told in 2013 of how he broke a tooth while carrying concrete at a construction site where he worked as a student to pay for his education.

Bashir said he refused a silver tooth implant when he joined the military because he wanted to remember that incident whenever he looked in the mirror.

After graduating from Sudan's military academy in 1967, Bashir served in the Sudanese contingent despatched to Egypt to help in the war of attrition against Israel that began following the Six Day War in 1967.

As a young officer in the parachute regiment, he joined the armed wing of the Islamist Movement, which broke away from the Muslim Brotherhood and has ruled Sudan since Bashir took office.

The head of the junta that seized power in 1989, Bashir dissolved the military council in 1993 and has since ruled with an iron fist, accused by rights groups of violence and torture to get rid of his political opponents.

But it was Bashir's response to the insurgency in the western Darfur region that has come to define his legacy.

Facing an ICC arrest warrant over the death of an estimated 300,000 people in Darfur, Bashir has focused on his survival, holding on to power as a shield against a trial similar to that of former Yugoslav President Slobodan Milosevic.

Defying the ICC, Bashir continued to visit friendly foreign states as he tried to demonstrate he had not been cowed by the international arrest warrant issued by the court.

Bashir has sought to play on regional and international differences to improve Sudan's standing. In 2013, he hosted then Iranian President Mahmoud Ahmedinejad in Khartoum.

Two years later, Bashir joined a Saudi-led alliance that had intervened in Yemen's civil war as part of a strategy to contain Iran's expanding influence.

Bashir has also courted Turkey and Russia, at the same time as Khartoum stepped up security cooperation with Washington - hoping to speed up the country's emergence from decades of U.S. sanctions that were lifted in 2017.

Now, facing the most sustained challenge to his rule yet, Bashir will be counting on steadfast support from the security establishment he has nurtured for 30 years to see him through.

"We say to the youth, this country is yours, protect it, and if it goes up in smoke we won't be refugees, we will die here," he said this month, dressed in white robes and waving his trademark cane.