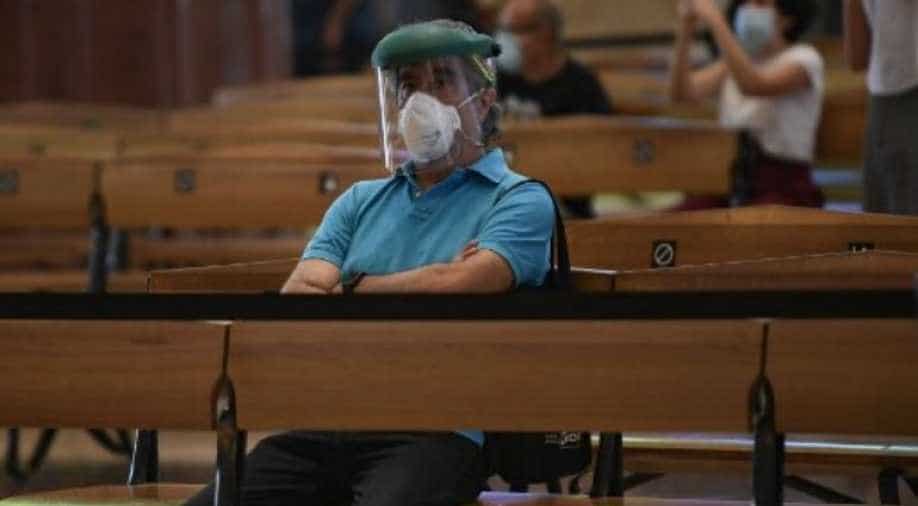 The calls came just days after Spain registered more than one million virus cases, becoming the sixth country in the world to pass the grim milestone -- and the first in the European Union

Spain was bracing for a new national state of emergency to allow the imposition of curfews as its regions on Saturday pushed for action to slow surging virus cases.

In the face of growing calls for a legal framework to allow regional chiefs to impose tougher restrictions, Prime Minister Pedro Sanchez's cabinet was to hold a special meeting on Sunday to decide on the matter.

The calls came just days after Spain registered more than one million virus cases, becoming the sixth country in the world to pass the grim milestone -- and the first in the European Union.

Also read| No, mouthwash will not save you from the coronavirus

So far, nine of Spain's 17 autonomous regions have formally requested that the government declare a national state of emergency which would enable them to impose a curfew -- a measure increasingly applied across Europe.

Spain used such powers in the spring to enforce one of the world's tightest lockdowns, and a similar measure has been in force in Madrid for the past fortnight -- although only to impose movement restrictions on the capital and various nearby towns.

That measure ended just before 1500 GMT when new regional restrictions came into force, including a ban on all gatherings, in public and private, of people who don't live in the same household between midnight and 6:00 am.

"They probably should have done this a long time ago or taken other steps like restricting the number of people taking public transport or going to work," 22-year-old student Patricia Vazquez told AFPTV.

"In Spain, the restrictions are different in each region. In Madrid, if you look at how the infections are evolving, it seems like they're not taking the necessary steps," agreed Eduardo Debiasi, 48, who works in marketing and said more should be done.

Elsewhere, Castilla and Leon announced its own curfew without waiting for a government declaration, banning movement between 10:00 pm and 6:00 am, while Valencia is to bring in a similar ban in on Sunday.

Catalonia also said it would implement a curfew as soon as a national emergency was declared and admitted the option of a new stay-at-home order was also under consideration.

Although the government can impose an emergency for up to a fortnight, it would need parliamentary approval to extend it -- not a given for a the leftwing coalition.

So far, none of the regions run by the rightwing opposition Popular Party (PP) have requested a national emergency, mirroring the party's ongoing bitter standoff with the Sanchez government over its handling of the pandemic.

But for now, the government seems to have secured enough support to push through any future extension without relying on the PP, with backing from the centre-right Ciudadanos and Basque and Catalan separatist parties -- together accounting for 37 seats.

The latest figures show the virus has claimed nearly 35,000 lives in Spain and infected 1,046,132 people, although antibody tests suggest a figure of more than three million.