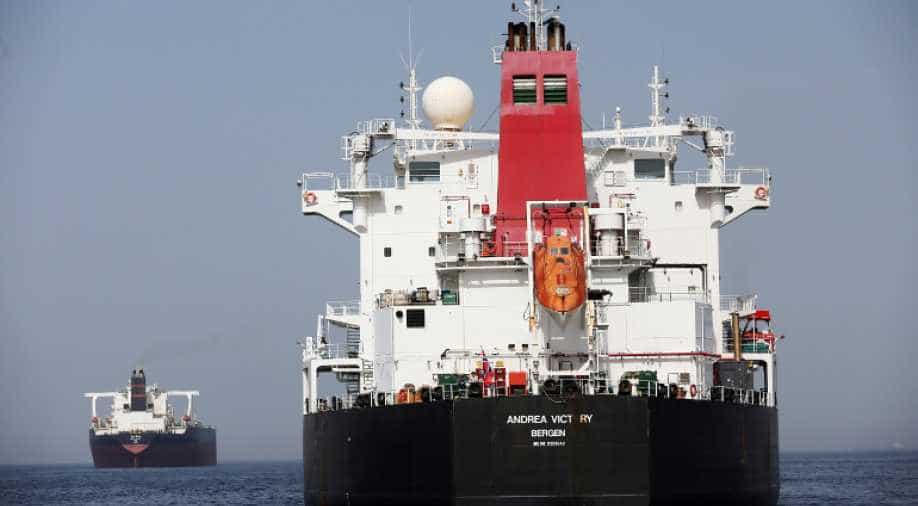 In a document on the briefing to Security Council members, the UAE, joined by Norway and Saudi Arabia, did not say who it believed was behind the attacks and did not mention Iran, which has been accused by the United States of being directly responsible.

The United Arab Emirates told United Nations Security Council members on Thursday that attacks on four tankers off its coast on May 12 bore the hallmarks of a "sophisticated and coordinated operation," most likely by a state actor.

In a document on the briefing to Security Council members, the UAE, joined by Norway and Saudi Arabia, did not say who it believed was behind the attacks and did not mention Iran, which has been accused by the United States of being directly responsible.

The attacks required expert navigation of fast boats and trained divers who likely placed limpet mines with a high degree of precision on the vessels under the waterline to incapacitate but not sink them, according to the preliminary findings of the countries` joint investigation.

"While investigations are still ongoing, these facts are strong indications that the four attacks were part of a sophisticated and coordinated operation carried out by an actor with significant operational capacity, most likely a state actor," the three countries said in the document.

They believe it was the work of several teams of operatives, which coordinated the timed detonation of all four explosive charges within less than an hour.

The May 12 attacks targeted two Saudi tankers, an Emirati vessel and a Norwegian tanker, causing no casualties but fuelling tensions between the United States and Iran during weeks of escalating rhetoric.

US national security adviser John Bolton said on May 29 that the attacks were the work of "naval mines almost certainly from Iran." Tehran denied the accusations.

A few days earlier in May, at the Pentagon, US Rear Admiral Michael Gilday accused Iran`s Islamic Revolutionary Guards Corps (IRGC) of being directly responsible for the attacks.

While the briefing document did not mention Iran, a Saudi diplomat in New York laid the blame squarely on the country.

“We believe that the responsibility for this action lies on the shoulders of Iran. We have no hesitation in making this statement," said the Saudi ambassador to the United Nations, Abdallah Y. Al-Mouallimi.

US President Donald Trump`s administration, acting on concerns of a potential attack by Iran on US interests, has deployed 1,500 more troops to the Middle East, accelerated the movement of an aircraft carrier strike group to the region and sent bombers and additional Patriot missiles.

The tanker attacks occurred off the UAE emirate of Fujairah, which lies just outside the Strait of Hormuz, a vital global oil and gas shipping route that separates the Gulf Arab states - allies of the United States - and Iran.

The three countries said the attacks endangered commercial navigation and the security of global energy supplies. They planned to share the findings of their probe with the London-based International Maritime Organisation.

In the weeks before the attacks, the Trump administration hardened its policy against Iran by fully reimposing sanctions on Iranian oil exports and designating the IRGC as a foreign terrorist organisation.

Trump reiterated this week that he wants to sit down with Iran`s leaders to negotiate a new deal, a year after Washington pulled out of an accord between Iran and global powers to curb Tehran`s nuclear program in return for lifting international sanctions.

Irani Supreme Leader Ayatollah Ali Khamenei said on Tuesday that Tehran would not be "deceived" by Trump’s offer.