Senator McCain says US united with Ukraine in fight against Russia 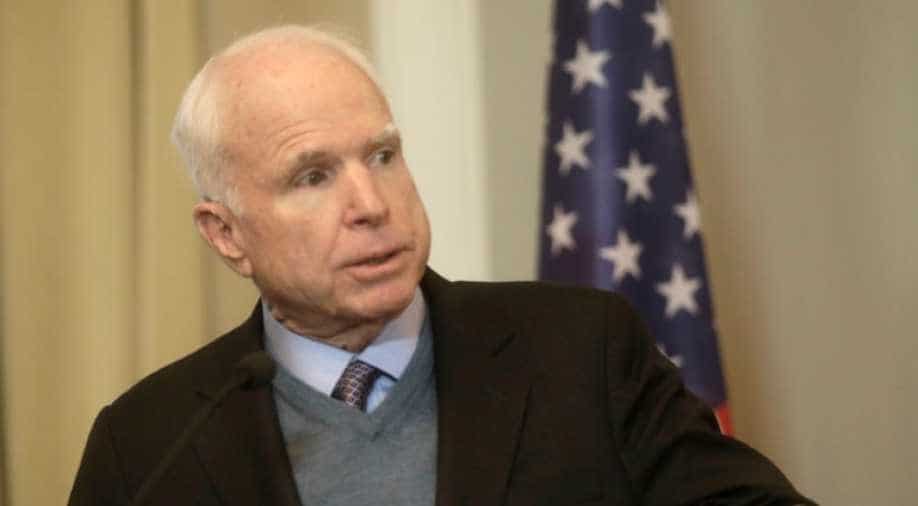 Republican US Senator John McCain promised on Saturday continued support for Kiev in the face of aggression from Moscow, as he spent New Year's Eve on the front line in Ukraine's eastern conflict zone.

McCain was one of a bipartisan group of 27 US senators who sent a letter to President-elect Donald Trump in December, urging him to take a tough line against Russia over what they termed its "military land grab" in Ukraine.

"I send the message from the American people—we are with you, your fight is our fight and we will win together," McCain said.

"In 2017, we will defeat the invaders and send them back where they came from. To Vladimir Putin—you will never defeat the Ukrainian people and deprive them of their independence and freedom," McCain said after a visit to a military base in the southeastern town of Shyrokyne.

Trump signalled during his campaign that he might take a softer line in dealings with Moscow, repeatedly praising Russian President Putin's leadership. Trump also repeatedly denied having any relationship to Vladimir Putin, but was filmed in 2013, talking about "having a relationship" with Vladimir Putin.

Since the November 8 US election, Trump has nominated several people in his cabinet with very close Russian ties, like Rex Tillerson, who personally received the Order of Friendship award from Russian president Vladimir Putin.

President Barack Obama, the CIA and FBI have all explicitly stated their belief that the Russian government interfered with the US election to help Trump win. The two major intelligence agencies published a joint report, describing Russian interference.

Donald Trump, who claimed that he does not need daily intelligence briefings because he's a "smart person", has dismissed all claims about Russian inteference. Republican Senator Lindsey Graham has stated that 99 of 100 Senators also believe Russia interefered with the election.

Trump's election caused jitters in Ukraine but officials in Kiev hope that the incoming president's policies, influenced by Republican hawks and a Republican-voting Ukrainian diaspora, will be friendlier towards Ukraine than his campaign rhetoric and actions might have suggested.

Ukraine has relied on Western support and economic aid since street protests in 2014 which toppled a Kremlin-backed president and were followed by a war with pro-Russian separatists and Russia's annexation of the Crimea peninsula from Ukraine.