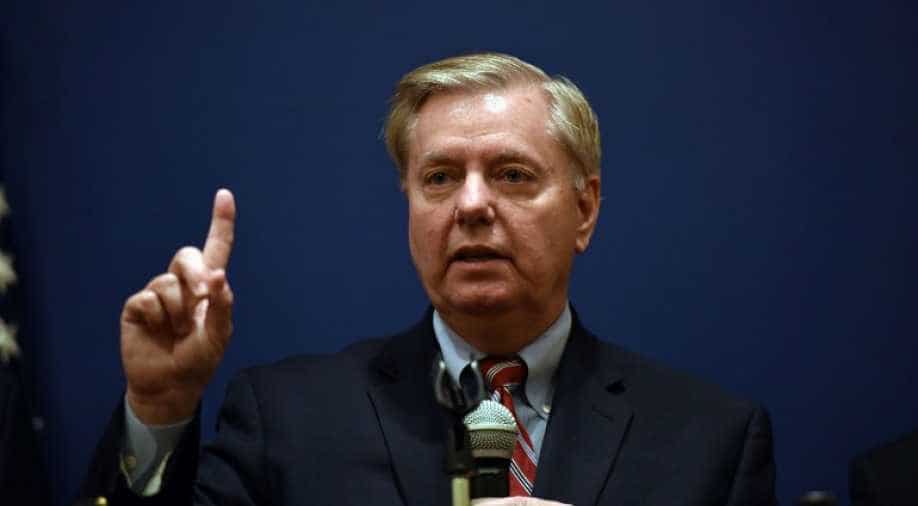 Republican Lindsey Graham said in an interview on Tuesday that 99 per cent of US senators believe Russia interfered in the US presidential elections, which led to Trump winning.

“There are 100 United States senators. ... I would say that 99 percent of us believe that the Russians did this, and we’re going to do something about it,” Graham told CNN’s Jim Sciutto in an exclusive interview on Tuesday. "We're going to put sanctions together that hit Putin as an individual and his inner circle for interfering in our election, and they're doing it all over the world -- not just in the United States."

Graham, along with senator John McCain, appeared on "The Situation Room" in the Baltic nation Estonia.

The American news network CNN reported that Graham, McCain and Democratic senator Amy Kloubuchar will be meeting with officials from Latvia, Lithuania, Ukraine, Georgia and Montenegro to discuss Russia.

A US political website 'The Hill' on Tuesday reported that a lawsuit filed against the CIA, the FBI, the Department of Homeland Security and the Office of the Director of National Intelligence seeks records concerning the interference of Russia in the November 8 elections.

The website reported that a US journalist and a Ph.D candidate had filed the lawsuit as the agencies had failed to give out the information they requested under the Freedom of Information Act.

The Washington Post quoted, on December 9, a secret CIA report that found that Russian interference in the November 8 US presidential election helped Donald Trump win the White House. The Post also reported that individuals connected to the Russian government provided Wikileaks with hacked emails from the Democratic National Committee emails and Hillary Clinton's campaign chief, among others.