Second minister in a week resigns from Japan cabinet 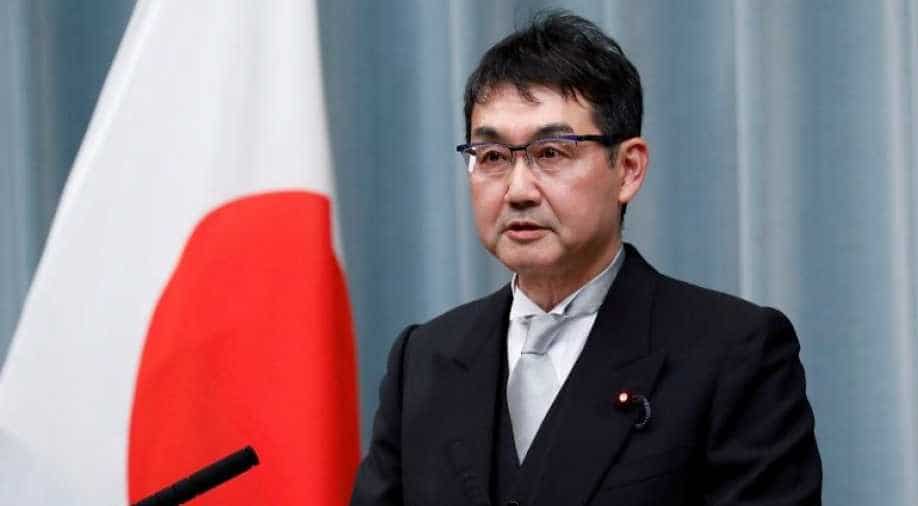 Japan's justice minister stepped down on Thursday - the second resignation from Prime Minister Shinzo Abe's newly formed cabinet in less than a week - after a media report that his office gave out gifts such as potatoes and corn to constituents.

Justice Minister Katsuyuki Kawai's abrupt resignation came six days after that of former trade and industry minister, Isshu Sugawara, who had been accused of election law violations by allegedly giving gifts of melons and crabs to voters in his Tokyo constituency.

Both men were first-time cabinet ministers, but while their resignations may be an embarrassment to Abe just weeks before he becomes Japan's longest-serving prime minister, they are unlikely to cause lasting damage due a lack of strong rivals and a weak opposition, analysts said.

Kawai said neither he nor his wive knew anything about the reported allegations and denied breaking any laws, but added that he decided to resign promptly in order to avoid harming the justice system through a loss of public trust.

Speaking to reporters on Thursday, Abe apologised for the second time in a week, saying he bore responsibility for appointing the two in a cabinet reshuffle last month.

"As the person who appointed him, I bear responsibility for this, for which I apologise to the nation," Abe told reporters shortly after accepting Kawai's resignation.

"I will have to accept the harsh criticism of this situation and work even harder than ever.

Masako Mori, a former minister in charge of gender equality and measures to combat the declining birthrate, will replace Kawai.

Japan's opposition called the situation "a state of emergency" and said they would pursue the resignations in parliament.

"Resigning automatically because of a weekly magazine report on a matter that is strongly suspicious of illegality is, in a sense, tantamount to admitting it," said Tetsuro Fukuyama, secretary general of the opposition Constitutional Democratic Party of Japan.

"This should have been a matter worth a general resignation of the cabinet members."

But with the opposition in disarray and lacking strength, Abe is likely to survive unscathed as he has done before, analysts said.

In 2014, two ministers quit within hours of each other to quell brewing political funds scandals without damage to Abe.