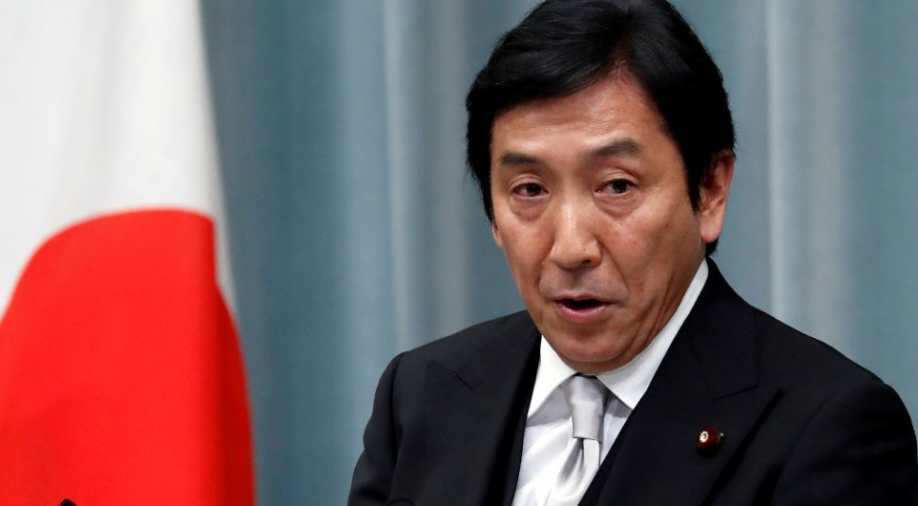 Isshu Sugawara had been in the hot seat after a magazine reported he was suspected of paying 20,000 yen ($185) to a bereaved family in his constituency.

Isshu Sugawara had been in the hot seat after a magazine reported he was suspected of paying 20,000 yen ($185) to a bereaved family in his constituency.

He was also reported to have given gifts to other voters, including pricey melons and even crabs, Kyodo news agency said.

The sums involved, while small, would constitute a violation of Japan's public office election law.

Abe said Sugawara submitted his resignation after a cabinet meeting and that he had accepted it.

"I bear responsibility in having appointed him. I deeply apologise to the Japanese people," Abe said.

Sugawara will be replaced by Hiroshi Kajimaya, formerly a minister in charge of revitalising communities in the countryside, Abe said.

Sugawara told Abe and later told reporters "it is not my intention that parliamentary debate stall (because of the scandal)."

He was appointed in a recent cabinet reshuffle but did not take over the key portfolio of handling trade negotiations with the United States.

Abe's cabinet has maintained public approval ratings of around 40-50 per cent in recent years, despite several political scandals, with experts pointing to the continued weakness of the opposition as a key factor.

Mexico to trial China, US COVID-19 vaccines, may produce some