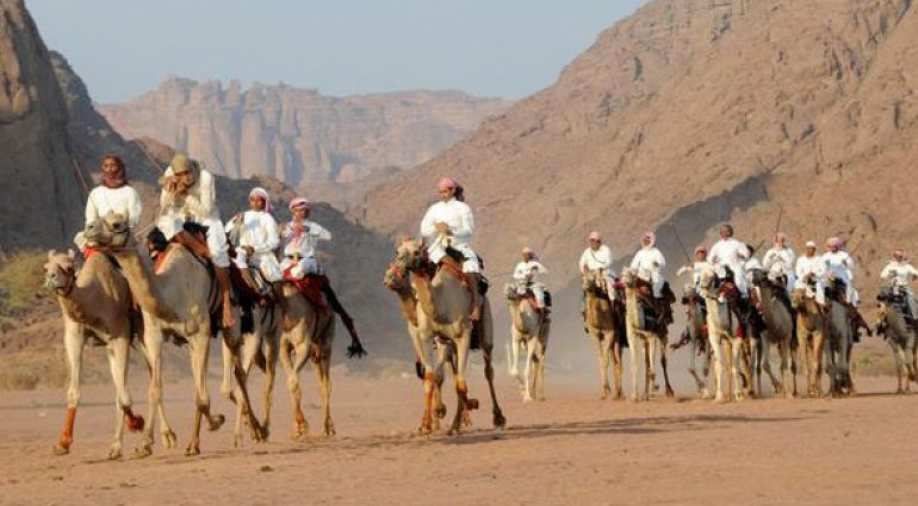 Tourists have been allowed to enter Saudi Arabia for religious business and so-called personal visits in the past. Photograph:( ANI )

Saudi Arabia is planning to issue its first official tourist visas from April 1, according to tour operators.

The plan is a bid to allow non-Muslim tourists visit historic sites such as Jeddah, Riyadh and the ancient city of Mada'in Saleh in the Arabian Desert.

If the plan goes ahead, then this will be the first time that the kingdom country will issue visas specifically for tourism, although tourists have been allowed to enter Saudi Arabia for religious business and so-called personal visits in the past.

"We've heard so much about Saudi Arabia in regards to business, religion, and politics. But as a traveller, getting to see beneath the news story and understand more about day-to-day life, the people of Saudi, and the amazing historical sites, is a huge driver of interest in visiting the country", said Andrea Ross, United States' Director at Wild Frontiers.

Wild Frontiers, which specialises in travel to out-there destinations like Pakistan and the Caucasus (a region in Europe comprising Russia, Georgia, Azerbaijan, and Armenia), is planning its first visit to Saudi Arabia in November this year.

Ross delved into the details about the ancient city of Mada'in Saleh.

"The Nabatean site of Mada'in Saleh, featuring a number of spectacular rock-cut tombs similar in style to the Nabatean sites at Petra. And a visit to visit the Red Sea town of Jidda (Jeddah), where the only tourists will be Saudi families enjoying the sun and sea, the capital Riyadh and the Sarawat Mountains, close to the border with Yemen. Here you see villages that feature brick stone towers used as residences. This unique form of architecture used to be a highlight of any trip to Yemen. And with Yemen now closed off, seeing these here is an incredible opportunity," she was quoted by Conde Nast Traveler as saying.

In order to qualify for a tourist visa, there needs to be at least four guests travelling to Saudi Arabia. The visas will need to be attested by the Saudi Commission for Tourism and National Heritage, which means, you will still need to book through a registered tour operator in the country to obtain the visa, according to the tour company Abercrombie & Kent, which already takes visitors to Saudi Arabia under existing visa rules.

Women below 25 years, would be able to apply for tourist visas, but will need a "companion" in order to enter Saudi Arabia.

Andrea Ross stressed that women need to wear headscarves in accordance with the country's conservative laws and stay with the group during the visit.

Non-Muslim travellers will not be able to visit the holy sites of Mecca and Medina, according to Abercrombie & Kent.

While the US Department of State has warned that "terrorist groups continue plotting possible attacks in Saudi Arabia," the country's Level 2 travel advisory puts it at par with France and the United Kingdom, in terms of risk.

Saudi Arabian officials have been talking about opening the country to tourism since 2016.

"We are cautiously optimistic. We are accepting bookings onto our November and December departures and will have an update on April 1. So maybe spring break will have to wait until next year," Ross clarified.

Saudi Arabian Crown Prince Mohammad Bin Salman have initiated the lifting of a number of restrictions, particularly on women since last year, in a bid to open up the conservative kingdom country.

Earlier this month, Saudi Arabia organised its first-ever women's run, marking a historical moment for its women in the local sports sector. More than 1,500 women had participated in the event.

Also, Saudi officials have announced last month that women would be able to participate in the Riyadh International Marathon next year. Prior to this, women were not allowed to participate in any marathon or other running events.

The kingdom country, which was the only one to not send female athletes to the Olympics, made international headlines recently when it saw the participation of two women in the 2012 London Olympics and the 2016 Rio De Janeiro Olympics.

Saudi Arabia, which was the only country to not allow women to drive, lifted its ban in September last year, ending the long-standing policy that has been heavily criticised by many across the world since 1990.

In July 2017, Saudi Arabia introduced physical education for girls enrolled in schools and began granting licenses for running women's gyms in the country, thereby giving the women an opportunity to exercise in public.