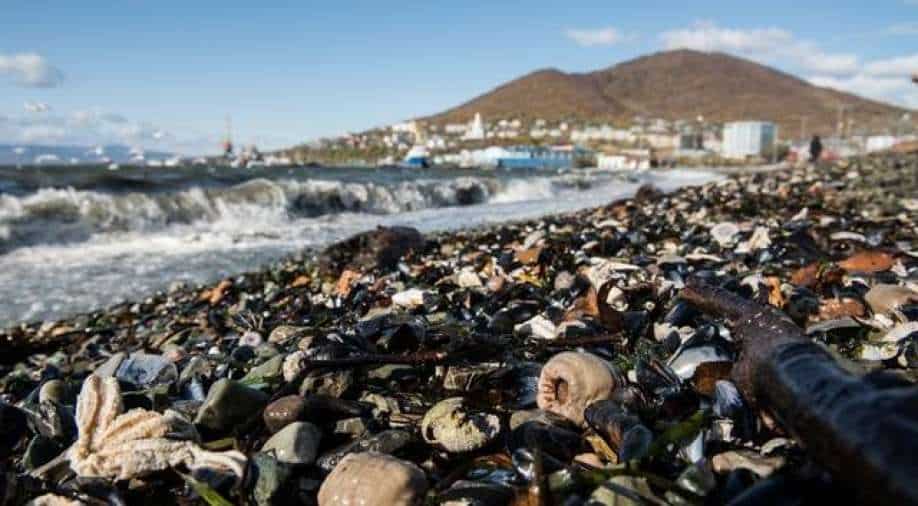 The environmental group warned of an ecological catastrophe earlier this month after surfers who got into waters off the Kamchatka peninsula fell ill and marine life washed up dead on the shore.

Russia said on Friday the mass death of marine life off the coast of its far eastern Kamchatka region had been caused by toxic algae and was not a man-made disaster, but Greenpeace said it was still too early to say for sure.

The environmental group warned of an ecological catastrophe earlier this month after surfers who got into waters off the Kamchatka peninsula fell ill and marine life washed up dead on the shore.

The group`s activists who travelled there said they had found yellowish foam on the ocean`s surface in some places.

The World Wide Fund for Nature (WWF) conservation group said the damage appeared to be caused by a highly soluble substance.

On Friday, Natural Resources Minister Dmitry Kobylkin said the environmental damage had been caused by algae.

"What caused this to happen? It was the toxicity of the algae at this period of time," Kobylkin was quoted as saying by TASS news agency. He added that the situation at the site was improving.

"But what the algae was responding to is probably what is most interesting and important... I don`t have an answer to this yet," he said.

Greenpeace activist Elena Sakirko told Reuters the full results of samples taken from the site were not yet known and that it was premature to put the cause down to algae blooms known as "red tides".

"The second point is that if this definitely was algae and we see evidence of this then the question arises: what caused such algae activity."

"As a rule these red tides happen in the waters that are the most polluted," she said.

Russia`s Investigative Committee, a law enforcement agency which opened a criminal case over the pollution, said they were treating algae as the most likely cause.

It said in a statement that elevated levels of phenols - an oil product - in water were not critical and had been found in the Avacha Bay on Kamchatka`s southern coast since 1970.