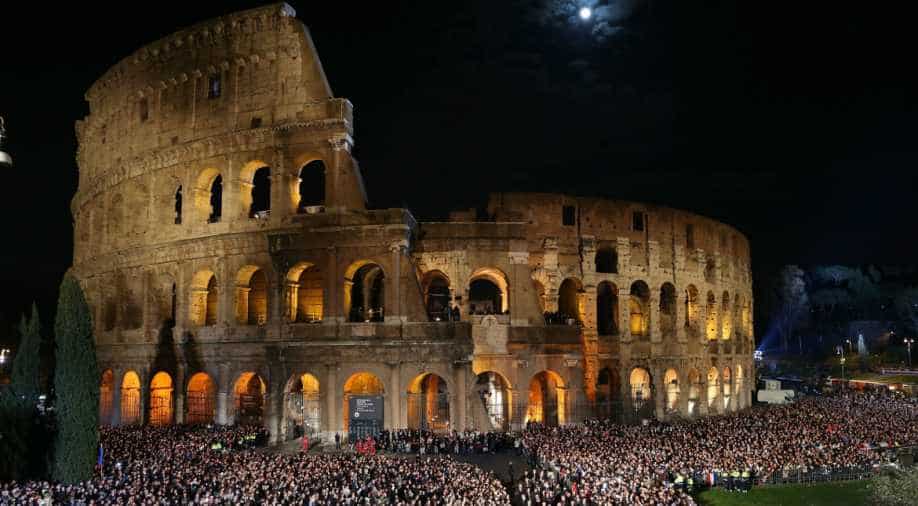 Follow Us
Rome's first female mayor takes office Thursday pledging to raise more than a billion Euros a year for flagging public services with a crackdown on waste, mismanagement and corruption.

Backed by two-thirds of voters in Sunday's election, Virginia Raggi now has to deliver on pledges to get buses and trams running on time, clean up rubbish-strewn streets and fill the potholes that pockmark much of the capital.

Sceptics say she has taken on a "mission impossible" given the city's perilous finances and deeply ingrained resistance to change, both in the administration and among Romans themselves.

But in her first interview since her landslide triumph, Raggi said she was confident she could find the cash needed to implement the programme of her populist party, the Five Star Movement (M5S).

"We will start to tackle the problem of the large sums of money being wasted, which amount to 1.2 billion Euros ($1.3 billion) per year," the 37-year-old lawyer told Euronews.

"We have to eliminate this waste and put the money into public services."

Raggi said she would also be seeking to renegotiate the terms of the city debt, which she put at 13-16 billion Euros. "We can't pay interest rates that were negotiated in 2008."

M5S is hoping a successful Raggi administration in Rome can provide a springboard for a tilt at national power in a general election due by 2018. That has led analysts to suggest Prime Minister Matteo Renzi will do everything he can to ensure she fails.

Raggi said she was willing to work with the premier.

"(Renzi's) Democratic Party was very harsh towards me during the electoral campaign. But as far as I am concerned there isn't a problem. We'll start from scratch and work in the interest of Rome and its citizens. I expect the same integrity from the prime minister."

Asked how she intended to root out corruption following revelations that city hall has been infiltrated by organised crime, Raggi promised scrupulous enforcement of the law on public tenders.

"Every company wanting to work for Rome in whatever sector will be given equal opportunity to propose their services and the best offer will get the contract."

Raggi also said she intended to work closely with the National Anti-Corruption Authority, which recently analysed 1,500 contracts signed by the city and found 90 per cent of them had been awarded without due process.

While there seems little doubt that Rome has been badly managed for years, some problems are down to the citizens themselves.

The gridlock that undermines public transport is partly exacerbated by endemic double parking and chronic absenteeism among traffic wardens.

One in four passengers on buses and trams have not bought a ticket. One in five citizens do no pay the local tax that funds garbage collection.

But Raggi maintains Romans are ready to help her turn things around.

"Citizens have shown they want changes... we shouldn't underestimate this desire.

"I always said that Rome will change if the Romans change. It will take time because we don't have a magic wand. We have inherited a city that is crumbling, but I'm confident we can turn the tide."

Raggi is taking over from a government commissioner who has run the city since late last year when the previous mayor quit over an expenses scandal.