Pompeo, Mattis to brief US senators on Saudi Arabia as concerns mount 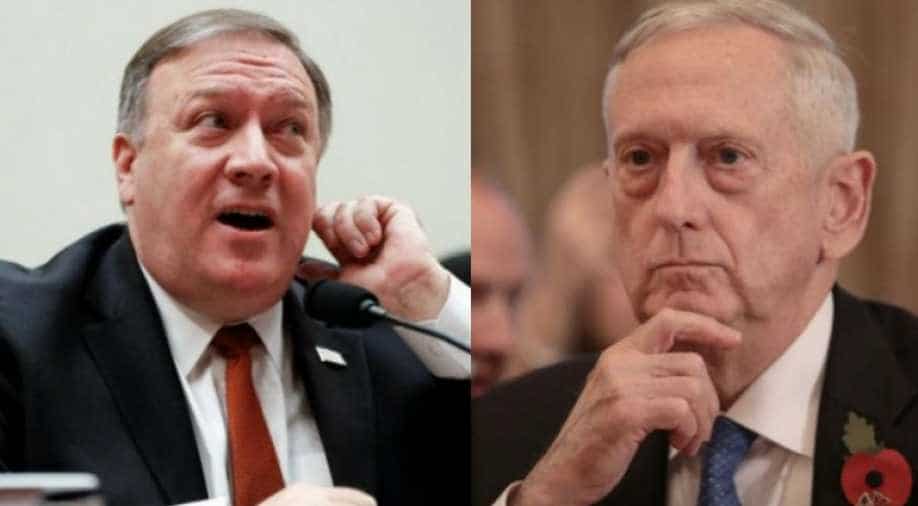 President Donald Trump's emphatic support of Riyadh in recent weeks has rankled some Republicans. And the continuing brutal Saudi-led war in neighbouring Yemen, which has caused an urgent humanitarian crisis, has also triggered concern.

Bob Corker, the outgoing chairman of the Senate Foreign Relations Committee and a Trump critic, told reporters that Pompeo and Mattis would brief the full Senate at 11:00 am (1600 GMT) in a closed-door session.

Trump last week called Saudi Arabia a "steadfast partner" and said it was unclear whether Crown Prince Mohammed bin Salman was aware of the plan to kill Jamal Khashoggi, who Riyadh has acknowledged died inside the kingdom's Istanbul consulate.

Trump has also cast doubt on the CIA's reported conclusion that the crown prince, also known as MBS, was behind the killing.

With tensions high over Saudi Arabia and Yemen, Corker said it was crucial to "hear from the administration as to where this is going."

The scheduled briefing comes as liberal Senator Bernie Sanders moves to re-introduce a resolution, as early as this week, to end US participation in the Yemen war, months after his initial effort fell short.

Corker signaled it could have broader backing this time.

"I have a pretty good gauge on how people feel about Saudi Arabia right now, and I'd say we're in a very, very different place than when we kept this from happening" in March, Corker said.

"I'm considering what the options are to make sure that we deal appropriately with Saudi Arabia on multiple issues right now."

Republican Senator Marco Rubio also expressed concern, saying he had supported US involvement in the war as a check on Iran's influence and because he believed American technology sold to Saudi Arabia would help avoid the killing of civilians.

"Unfortunately, that hasn't played out that way," Rubio said.

Some US lawmakers have called for a strong US response to Khashoggi's murder, including blocking arms sales and imposing sanctions beyond those that Washington slapped on 17 Saudis allegedly involved in the killing.

"If the President does not reconsider what actions our government should take toward the Saudi Government & MbS, Congress must act instead," Senator Susan Collins, a moderate Republican, tweeted on Sunday.