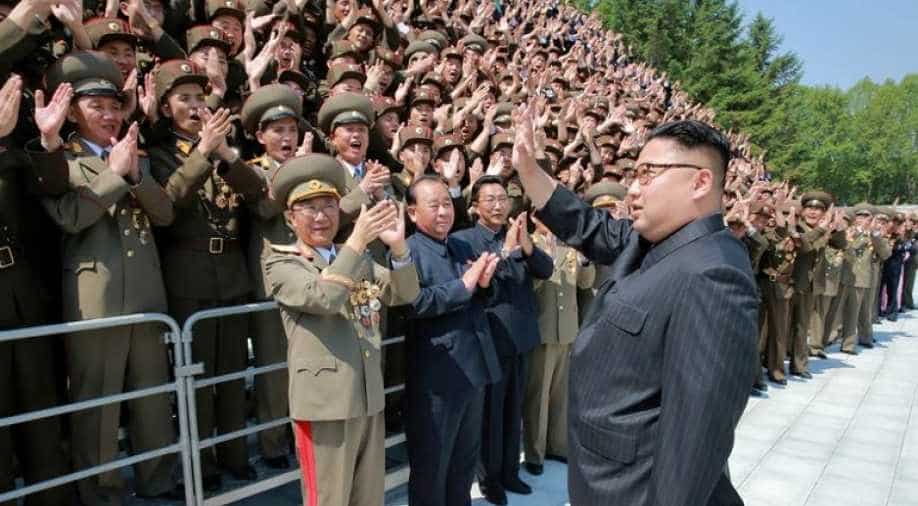 The missile tested was the Pukguksong-2, a land-based version of Pyongyang's submarine-launched weapon ||The Pukguksong-2 travelled about 500 kilometres, landing in the Sea of Japan ||North Korean state media says the results were "perfect" ||

The missile tested was the Pukguksong-2, a land-based version of Pyongyang's submarine-launched weapon, using solid-fuel that allows for immediate firing, KCNA said.

"Saying with pride that the missile's rate of hits is very accurate and Pukguksong-2 is a successful strategic weapon, (Kim Jong-Un) approved the deployment of this weapon system for action," KCNA said.

"Now that its tactical and technical data met the requirements of the Party, this type of missile should be rapidly mass-produced in a serial way to arm the KPA Strategic Force," Kim said, referring to the North's army, according to the KCNA report.

The missile, which was described by Washington as medium-range, was fired from Pukchang in South Pyongan province and travelled about 500 kilometres (310 miles) before landing in the Sea of Japan, according to the South's armed forces.

KCNA said the test "aimed to finally verify all the technical indexes of the weapon system and thoroughly examine its adaptability under various battle conditions, before its deployment at military units for action."

The results of the test were "perfect", KCNA added.

The US, South Korea and Japan sharply denounced the launch and jointly requested an emergency meeting of the United Nations Security Council on the matter.

The launch came just one week after the North fired a Hwasong-12 intermediate-range missile, which according to Pyongyang flew almost 800 kilometres and was capable of carrying a "heavy" nuclear warhead.

Analysts said the Hwasong travelled further than any previous ballistic missile launched by the North.

The May 14 launch was seen as a significant step forward as the North accelerates efforts to develop an intercontinental ballistic missile (ICBM) capable of delivering a nuclear warhead to the continental United States.

The launches, and a threatened sixth nuclear test, have fuelled tension with the administration of US President Donald Trump, who has vowed that such an ICBM launch "won't happen".

He warned that no option is off the table in dealing with the North's weapons program, although Washington has so far opted for sanctions and diplomatic pressure, while looking to China, the North's closest ally, to help rein in Pyongyang.

Seoul's foreign ministry slammed the "reckless and irresponsible" firing as "throwing cold water on the hope and longing of the new government and the international community" for denuclearisation and peace on the Korean peninsula.

South Korea's incoming left-leaning government has taken a more conciliatory line with Pyongyang than its conservative predecessors, but has reacted strongly to the latest two missile tests.

Pyongyang has long had missiles that can reach targets across South Korea and Japan. With an imputed range of 4,500 kilometres the Hwasong-12 also puts US bases on the Pacific island of Guam within reach.