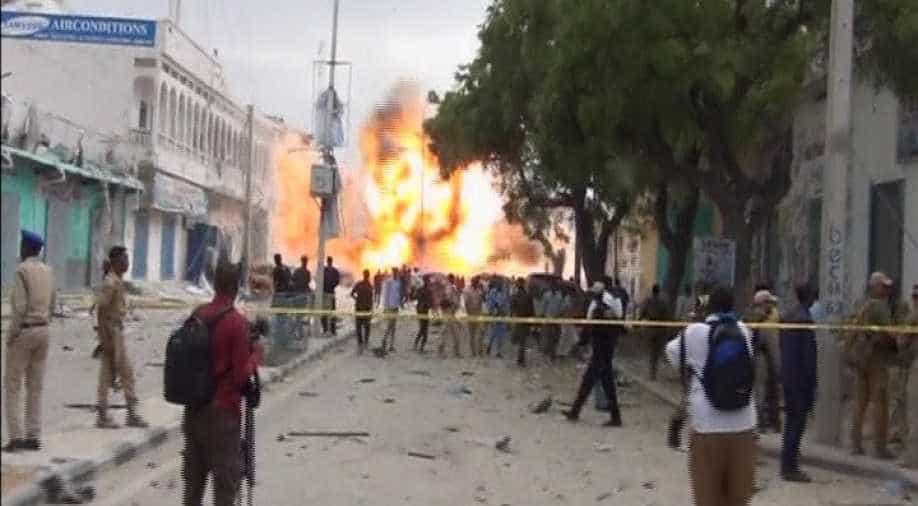 The death toll in the Somali hotel attack has risen to 28 as more people succumbed to injuries, AFP news wire quoting emergency services in Mogadishu has informed.

Earlier, at least 13 people were killed in the Somali capital Mogadishu when a suspected suicide car bomb rammed into the gate of a hotel shortly before a second bomb was detonated as security forces and journalists gathered at the scene.

The second blast was caught by a Reuters camera, sending journalists running for cover. A number of journalists were injured by the bomb blast.

Politicians often stay at the Dayah hotel. Around a dozen were wounded and taken to hospital for treatment. The dead included civilians and members of the security forces.

Somalia's militant group al Shabaab was behind the attack, Andalus radio station - which is close to the group - reported.

Al Shabaab, which until 2011 controlled Mogadishu and much of Somalia, often launches bomb and gun attacks in the capital, saying it wants to topple the Western-backed government and impose its strict interpretation of Islam on the nation.

In the past two years, a campaign by African Union troops and Somali forces has driven the group out of key urban strongholds, but it remains active from bases in rural areas.