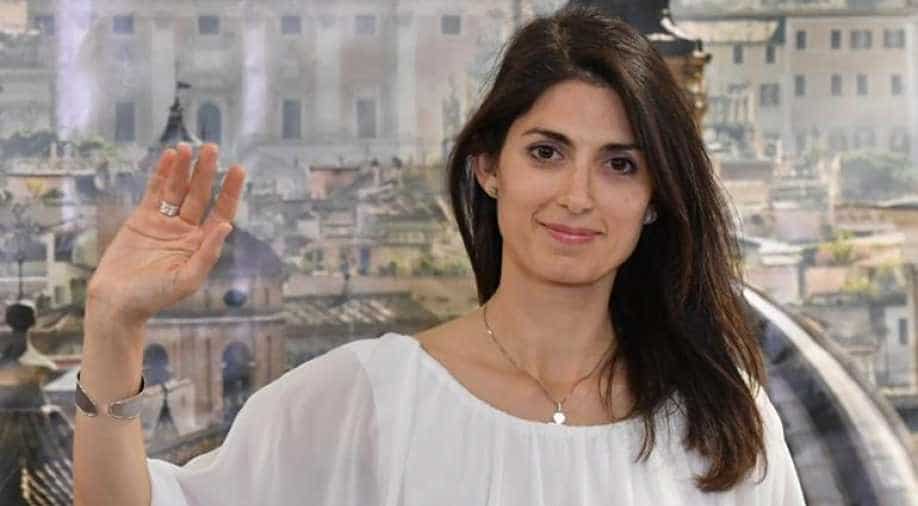 Virginia's top task would be to maintain transparency in the administration. Photograph:( Getty )

Here are some of the top issues she will be grappling with:

Transparency in the administration which has been rocked by serial scandals to be achieved in cooperation with the national anti-corruption body.

Improved public transport with an increased number of buses and trams, more reserved lanes for buses and taxis, a clampdown on double-parking and measures to encourage cycling.

Better garbage collection and recycling. Crackdown on fly-tipping and littering.

Raggi wants to reduce the numbers of Roma and Sinti people staying in camps around the capital via a survey of their assets. Anyone with property elsewhere will be asked to leave.

Olympic bid: Raggi wants to use sport, art and culture to bolster Rome's international image, but she has said the bid for the 2024 Games, backed by the government, is not a priority.

Her position on the Olympics appeared to soften during the campaign and she has said she will appoint a bid backer, ex-rugby international Andrea Lo Cicero as her sports supremo.

Rome's debts: Raggi has not said how she plans to reduce the crippling municipal debt burden of more than 12 billion euros ($13.5 billion), beyond ordering an audit of city finances.

Raggi has also been vague about streamlining the city's 60,000 workforce, notorious for chronic absenteeism. On any given day, one in five employees is not at his or her desk.

With all these items and more on her to-do list, Raggi is looking at a "mission impossible", according to Roberto D'Alimonte, political science professor at Rome's Luiss university.