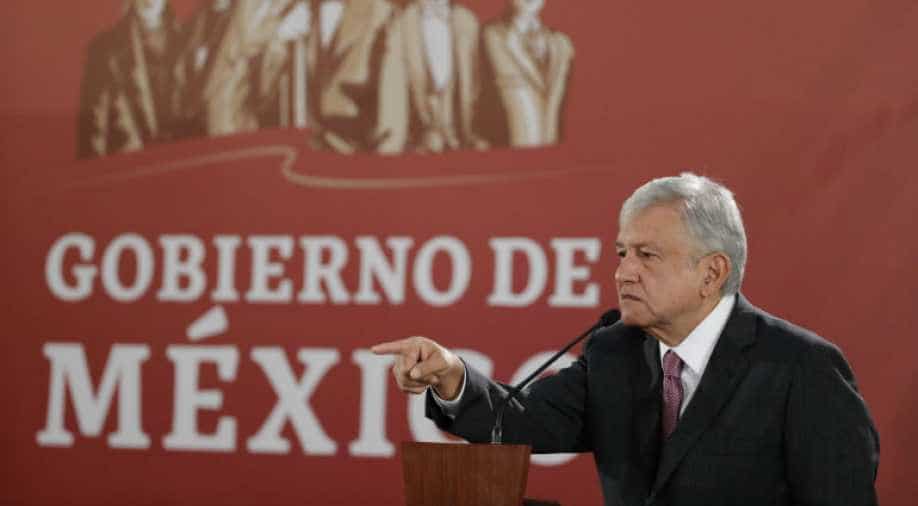 In his inaugural address, Lopez Obrador declared that he intends to put a "definitive end" to corruption.

President Andres Manuel Lopez Obrador said on Tuesday that he will ask the Senate to reform the Mexican Constitution to eliminate a provision barring criminal prosecution of the head of state for any offense short of treason.

"The initiative that I am sending to the Senate is to end this immunity. The impunity established by the constitution is over. The president will be judged like any other citizen for any crime," Lopez Obrador said during his morning press conference.

Lopez Obrador, who took office last Saturday, recalled that since 1917 the head of the Mexican state may only be prosecuted for "the crime of treason" and he said he disagreed with the fact that a president cannot be held accountable for crimes of corruption.

He also expressed confidence that lawmakers in the Senate and the lower house, where his Leftist Morena party has a majority, will approve the initiative so that "the immunities and privileges are ended."

In his inaugural address, Lopez Obrador declared that he intends to put a "definitive end" to corruption, although he announced that his government will not push for investigations against his presidential predecessors.

The elimination - or at least reduction - of certain privileges for top public officials is one of his "republican austerity" measures, which also include selling the presidential jet and refusing to live in the Los Pinos presidential residence, as well as the decision to slash his own salary by 60 per cent.