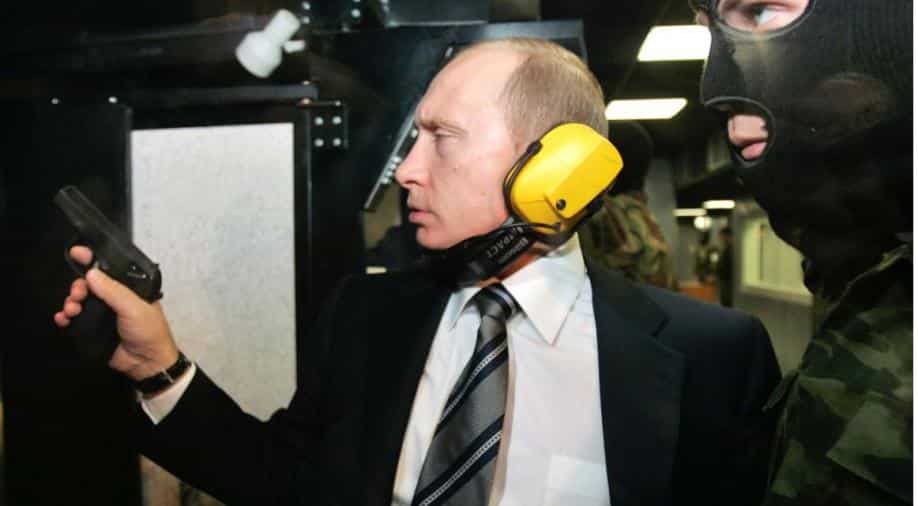 The Calendar has recently hit the stands and showcases the many shades of the Russian President captured in a range of photographs.

While Russian President Vladimir Putin is making headlines for his two-day visit to India, he is also in the limelight for the Vladimir Putin Official Calendar 2019.

The Calendar has recently hit the stands and showcases the many shades of the Russian President captured in an array of photographs.

From January to December, the calendar captures Putin's outgoing personality. While in one of the pictures he is seen taking a dip in the chilled waters of Lake Seliger, in others he is seen fishing, riding a horse, living like the best example of a leader who is also a true outdoorsman.

But this is nothing new for the Russian leader. The tales of his bravado is not just peculiar to Russia but have travelled across the length and breadth of the world.

For those who don't know, flying fighters jets like the Sukhoi Su 27 or the Supersonic 52 bomber is a special craft requiring years of practice, but for the Russian President, it is certainly not outside the ambit.

In 2008, Putin was at the Ussuri national park, where he shot a tranquillizer dart at a tiger for scientists to carry out some research. The international media was thrilled by Putin's charisma and described it as a stunt.

Putin is also passionate about scuba diving. He has explored the depths of Lake Baikal, the deepest lake in the world in a deepwater submersible. He has also tried his hand at ice hockey and is reportedly no dilettante at the game.

Ever wonder what makes him so agile? It is because he is a black belt in Judo, swears by a healthy diet and pumps iron with gusto.