Low-wage workers now have options, which could mean a raise 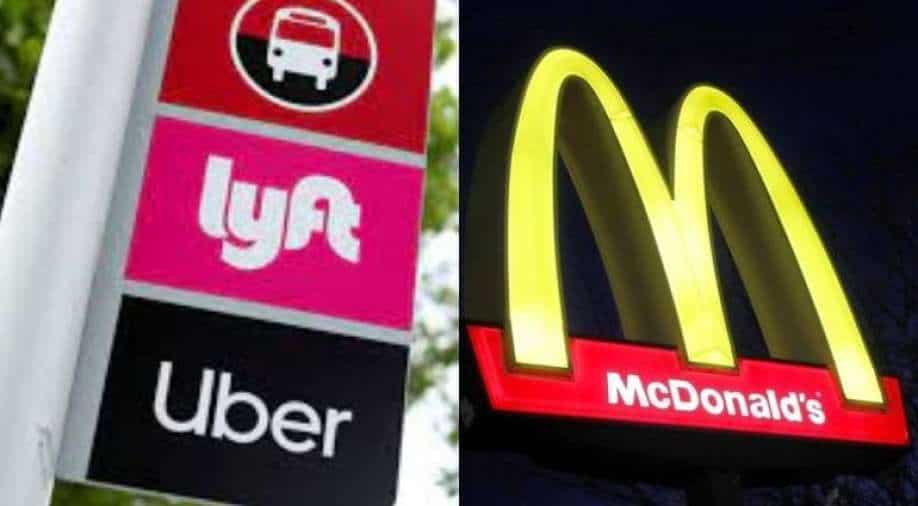 McDonald's, Uber, Lyft offer vaccine perks in the US, along with Joe Biden Photograph:( Reuters )

Restaurant workers — burger flippers and bussers, cooks and waiters — have emerged from the pandemic recession to find themselves in a position they could not have imagined a couple of years ago: They have options. They can afford to wait for a better deal

McDonald’s is raising wages at its company-owned restaurants. It is also helping its franchisees hang on to workers with funding for backup child care, elder care and tuition assistance. Pay is up at Chipotle, too, and Papa John’s and many of its franchisees are offering hiring and referral bonuses.

“In January, 8% of restaurant operators rated recruitment and retention of workforce as their top challenge,” Hudson Riehle, senior vice president for research at the National Restaurant Association, said in an email. “By May, that number had risen to 72%.”

Restaurant workers — burger flippers and bussers, cooks and waiters — have emerged from the pandemic recession to find themselves in a position they could not have imagined a couple of years ago: They have options. They can afford to wait for a better deal.

In the first five months of the year, restaurants put out 61% more “workers wanted” posts for waiters and waitresses than they had in the same months of 2018 and 2019, before the coronavirus pandemic shut down bars and restaurants around the country, according to data from Burning Glass, a job market analytics firm.

That’s not all: The jobs that waiters and waitresses typically transition to — as bartenders, hosts and hostesses, chefs and food preparation workers — are booming, too.

Something similar is happening all along the least-paid end of the labor market. Many employers have blamed expanded unemployment benefits for their troubles in filling gaping job vacancies. But the sharp rebound in hiring — clustered in urban service industries — is creating bottlenecks in sets of occupations that are improving prospects across much of the nation’s low-wage labor force.

Marcela Escobari, Ian Seyal and Carlos Daboin Contreras of the Brookings Institution in Washington offer an occupation-by-occupation analysis of this dynamic.

Of the roughly 11 million jobs lost between the first quarter of 2020 and the first quarter of this year, they found, over 4 million were in occupations that are bouncing back with a double benefit: Demand for workers is high, and they are launching pads for sometimes higher-paying jobs that are also growing rapidly.

For instance, between January and May there were twice as many job postings for construction laborers as the average for the same five months of 2018 and 2019, according to the Brookings analysis. What’s more, painters and carpenters — two occupations that construction workers typically move to — are also awash in offers.

At the same time, construction may be drawing workers from other occupations. While many contractors — especially in residential building — are desperate for workers, “trucking seems to be even more desperate,” noted Ken Simonson, chief economist of the Associated General Contractors of America. One reason might be that construction, with its high pay, tends to attract a lot of truckers.

“A lot of construction workers have commercial driver's licenses,” Simonson added. “Trucking companies call it poaching. I would call it luring.”

Some two-thirds of the more than 4 million jobs are in occupations at the lower end of the wage structure, paying less than $17.26 an hour. The job market is booming far less for occupations paying more than $30.

“What’s happening right now is not about the wages of college grads going up — it’s about the wages of lifeguards at my pool,” said Betsey Stevenson, a former chief economist at the Labor Department who is now at the University of Michigan. “That closing of the wage differential could persist.”

And this might help explain the peculiar nature of the labor market’s rebound from the pandemic, in which high unemployment coexists with complaints of labor shortages.

“Undergirding that is the sense that workers at the very bottom have options to work for a better job,” Stevenson said. “What employers are used to paying won’t really cut it.”

Might this be just a flash in the pan? Heidi Shierholz, who was also a chief economist at the Labor Department during the Obama administration and is now director of policy at the left-leaning Economic Policy Institute, is skeptical that the job market is breaking with its decades-long trend of wage stagnation at the bottom and lavish rewards at the top.

“How much of what this captures is just a trampoline effect?” she wondered. “The jobs that come back tend to look like the jobs that were lost.”

After the dust settles and the employment holes created by the pandemic in several industries fill up, the deal offered to workers might look much like it did before the pandemic.

Ultimately, “we are stuck in a world where labor is very cheap and we don’t expect much from it,” Stevenson said. “I don’t see this pandemic fundamentally reshaping that.”

Shierholz put it this way: “There has not been any fundamental restructuring of power in the economy.”

Some of the more lasting changes brought about by the pandemic could work against low-wage workers. Restaurants, taxi fleets and hotels in big cities are likely to see less business as companies cut back on business travel and people working remotely cut back on downtown lunches and happy hours.

More job losses should be expected if fast food joints and other service businesses decide to replace their face-to-face workers with robots and software. Yet there are signs that the country’s low-wage labor force might be in for more lasting raises.

Even before the pandemic, wages of less-educated workers were rising at the fastest rate in over a decade, propelled by shrinking unemployment. And after the temporary expansion of unemployment insurance ends, with COVID-19 under control and children back at school, workers may be unwilling to accept the deals they accepted in the past.

Jed Kolko, chief economist at the job placement site Indeed, pointed to one bit of evidence: the increase in the reservation wage — the lowest wage that workers will accept to take a job.

According to data from the Federal Reserve Bank of New York, the average reservation wage is growing fastest for workers without a college degree, hitting $61,483 in March, 26% more than a year earlier. Aside from a dip at the start of the pandemic, it has been rising since November 2017.

“That suggests it is a deeper trend,” Kolko noted. “It’s not just about the recovery.”

Other trends could support higher wages at the bottom. The aging of the population, notably, is shrinking the pool of able-bodied workers and increasing demand for care workers, who toil for low pay but are vital to support a growing cohort of older Americans.

“There was a workforce crisis in the home care industry before COVID,” said Kevin Smith, chief executive of Best of Care in Quincy, Massachusetts, and president of the state industry association. “COVID really laid that bare and exacerbated the crisis.”

The coronavirus outbreak induced such an unusual recession that any predictions are risky. And yet, as Escobari of Brookings pointed out, the recovery may provide rare opportunities for those toiling for low wages.

“This time, people searching for jobs may have a lot of different options,” she said. “That is not typical.”