Iran Guards drone spies on US warships in Gulf: Report 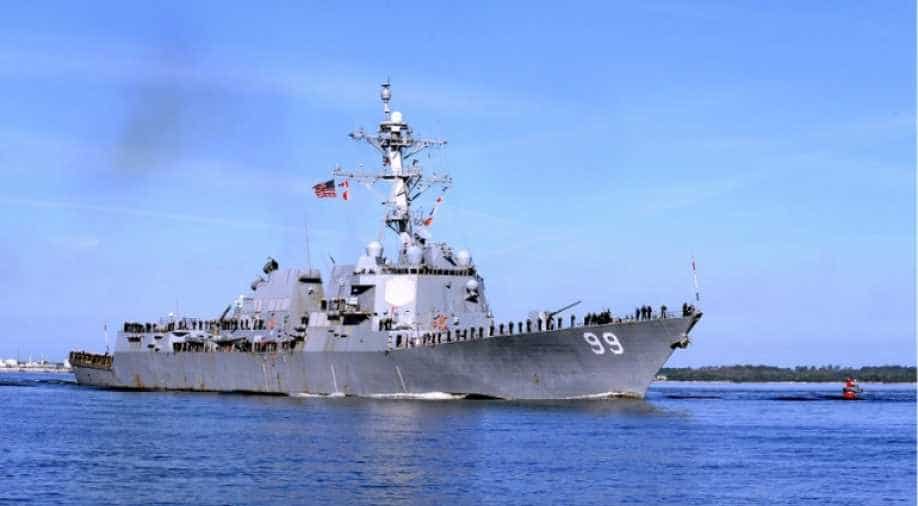 A video published by the agency, which could not be immediately verified, shows a light blue coloured drone with the name 'Ababil III' written on the wings in Farsi and Latin script.

An Iranian Revolutionary Guards' drone successfully carried out a surveillance flight over an American aircraft carrier in the Gulf, Tasnim news agency claimed in a Sunday report on its website.

A video published by the agency, which could not be immediately verified, shows a light blue coloured drone with the name "Ababil III" written on the wings in Farsi and Latin script.

It is seen taking off from a desert base near the sea, as the soundtrack of an action movie plays in the background, and flies over first an escort ship and then an aircraft carrier with fighter planes parked on the deck.

"The naval force of Sepah (the Guards' Farsi name) is aware of all the movements of American terrorist forces in the region and the Persian Gulf and closely monitors them," Tasnim wrote.

Tasnim did not name the aircraft carrier or say when the video was shot.

In the Koran, Ababil refers to a type of magical birds that protected Islam's holy city of Mecca in Saudi Arabia against an invader king's elephant army by dropping stones on them.

The Tasnim report comes nearly three weeks after the United States branded the Guards as a "foreign terrorist organisation" and added it to a blacklist.

The Guards is an ideological military force that works in parallel to the regular army.

It naval arm is charged with the defence and the security of the Gulf, including the strategic Strait of Hormuz, a global shipping route where American forces routinely pass.