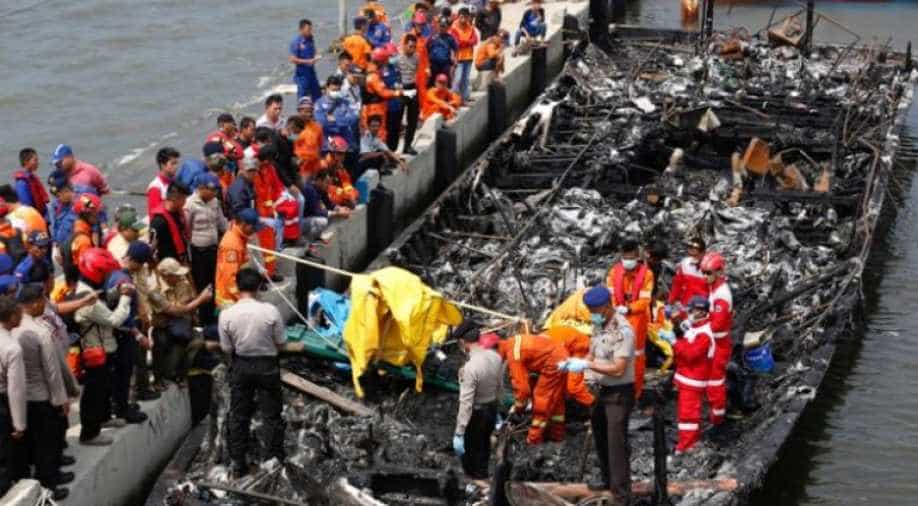 At least 23 people have been killed and 17 are missing after a passenger boat caught on fire Sunday near Jakarta, according to officials, AFP reported.

The Zahro Express was ferrying 200 people off the coast of Jakarta to Tidung island, a tourist destination 50 kilometres (30 miles) from the capital when the fire started, said national disaster agency spokesman Sutopo Purwo Nugroho to AFP.

The cause of the fire was thought to be a short circuit on a power generator, Reuters reports police as saying.

Officials are still trying to locate the boat's manifest to determine the number of passengers that were on board the vessel, a transport ministry official said to AFP.

A rescue team has been deployed to search for the missing.

The Indonesian archipelago of more than 17,000 islands is heavily dependent on boat transport, but safety standards are lax and fatal accidents common.

In early November at least 54 people died after a overcrowded speedboat was carrying three crew and 98 passengers, mostly Indonesian migrant workers, from Malaysia to Batam struck a reef and sunk.

Under pressure, Biden works for ceasefire in Israel-Gaza violence