Hong Kong goes to polls in crunch vote for democrats 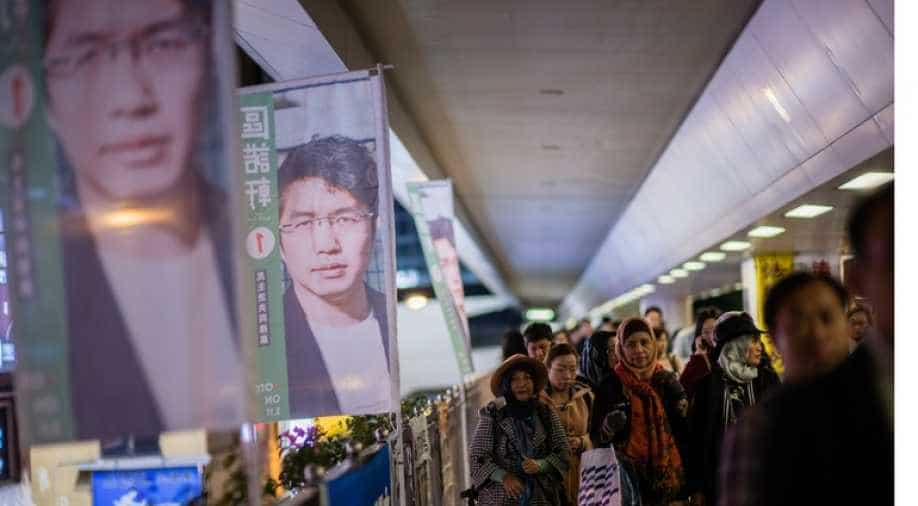 Hong Kong's pro-democracy camp will try to claw back lost seats as polls opened early Sunday in controversial by-elections that have exposed the heart of the city's political divide.

The vote comes as China signals a harder line against any challenges to its sovereignty, with high-profile young candidate Agnes Chow barred from standing because her party promotes self-determination for the semi-autonomous city.

Beijing has become increasingly incensed at the emergence of activists advocating independence and sees calls for self-determination as part of a splittist push.

The by-election was triggered after Beijing forced the disqualification of six rebel lawmakers who had swept to victory in citywide elections in 2016.

Some were former protest leaders, others openly advocated independence. All were ousted from their posts for inserting protests into their oaths of office.

Four of the six vacant seats will be contested Sunday.

"The election is not just about selecting me as a candidate, it is also about voting for justice," said Au Nok-hin, who stepped in to contest the Hong Kong Island seat after Agnes Chow was disallowed.

The seat was originally held by Nathan Law, one of the leaders of 2014's mass pro-democracy Umbrella Movement rallies, who was among the six thrown out of office.

But pro-establishment politician Judy Chan, standing against Au, cast the opposition as provoking "violence and resistance".

"The by-election is a chance for the silent majority, who are tired of a politicised Hong Kong, who detest those who humiliate the country, to come out and tell those politicians that Hong Kong has no room for them," Chan said.

The six lawmakers were retrospectively barred from office by Hong Kong's high court after Beijing issued a special "interpretation" of the city's mini-constitution stipulating legislators had to take their oath "solemnly and sincerely" or face being banned.

Pro-independence lawmakers had inserted expletives and waved "Hong Kong is not China" banners during their swearing in. Others added phrases supporting the democracy movement.

The pro-democracy camp has come up against increasing pressure since the failure of the Umbrella Movement to win political reform, with some leading activists jailed on protest-related charges.

Political analyst Dixon Sing says losing any one of the four by-election seats would be a further blow.

"It would only add to the disappointment and the loss of faith," he said.

But Sing added that even an across-the-board win would be countered by a system fundamentally weighted towards Beijing.

Only half the legislature is elected, with the rest selected by traditionally pro-establishment interest groups.

Of 70 seats, the democracy camp currently holds 24, only just clinging on to the one-third needed to veto important bills.

It has also been curbed by new rules against filibustering, long a favoured tactic.

Nevertheless, veteran democrats are urging residents to go out and vote.

"It is not just a by-election," said pro-democracy lawmaker Claudia Mo.

"It's a fight between good and evil."