Have to calm down the hotheads: Russia on Trump, Kim Jong trading threats 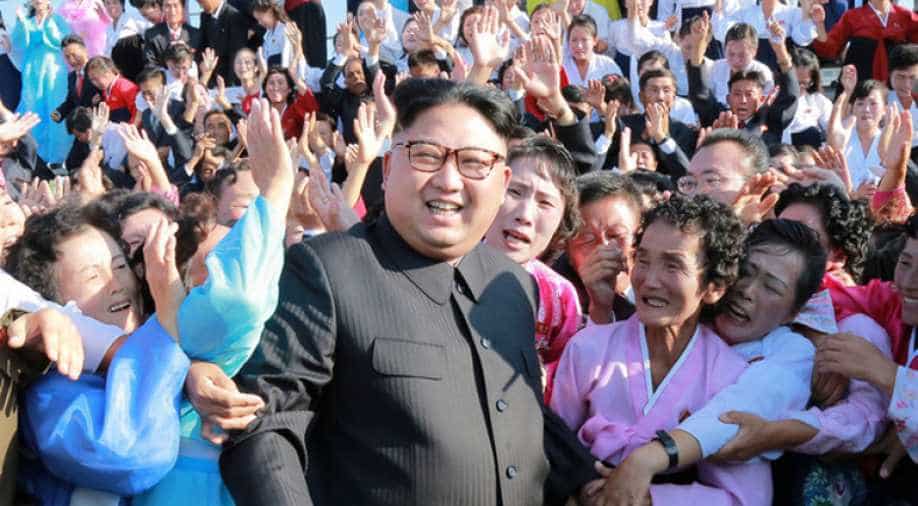 Trump called the Kim Jong a 'madman' on Friday, a day after Kim dubbed him a 'mentally deranged US?dotard' who would face the 'highest level of hard-line countermeasure in history'

Russia urged "hot heads" to calm down on Friday as the United States admitted it felt "challenged" by North Korea's warning that it could test a hydrogen bomb over the Pacific and President Donald Trump and Kim Jong Un traded more insults.

Trump called the North Korean leader a "madman" on Friday, a day after Kim dubbed him a "mentally deranged US dotard" who would face the "highest level of hard-line countermeasure in history" in retaliation for Trump saying the US would "totally destroy" North Korea if it threatened the US or its allies.

"We have to calm down the hot heads," Russian Foreign Minister Sergei Lavrov told reporters at the United Nations, where world leaders gathered this week for the annual U.N. General Assembly. "We continue to strive for the reasonable and not the emotional approach...of the kindergarten fight between children."

US Secretary of State Rex Tillerson expressed hope in an interview with ABC that sanctions and "voices from every corner of the world" could lead North Korea back to talks, but admitted intensifying rhetoric had left Washington "quite challenged."

North Korea's Foreign Minister Ri Yong Ho, warned on Thursday that Kim could consider a hydrogen bomb test of an unprecedented scale over the Pacific. Ri, who is due to speak to the United Nations on Saturday, added that he did not know Kim's exact thoughts.

In response, Tillerson said US diplomatic efforts would continue but all military options were still on the table.

North Korea's six nuclear tests to date have all been underground, and experts say an atmospheric test, which would be the first since one by China in 1980, would be proof of the success of its weapons program.

A senior US official, speaking on condition of anonymity, said Washington was taking Kim's threat seriously and added that any atmospheric test would be a "game-changer."

But he said there were questions about North Korea's technical capabilities and Washington did not give "too much credence" to Pyongyang taking such action. "There's a certain amount of bluster that's taken for granted when you're dealing with North Korea," the official told Reuters.

Pyongyang conducted its sixth and largest nuclear test on Sept. 3 and has launched dozens of missiles this year as it accelerates a program aimed at enabling it to target the United States with a nuclear-tipped missile.

Lavrov on Friday again pushed a proposal by Moscow and Beijing for a dual suspension of North Korean weapons tests and the U.S.-South Korean military drills to kick-start talks. Lavrov suggested that a neutral European country could mediate.

He described the exchange of insults between the US and North Korean leaders was "quite bad, unacceptable."

US Treasury and gold prices rose while the Japanese yen strengthened on Friday as the exchange of barbs fuelled geopolitical jitters and drove investors into assets considered safer during times of turmoil.

The latest round of rhetoric began on Tuesday when Trump, in his first address to the United Nations, made the threat to destroy North Korea, a country of 26 million people. He also called Kim a "rocket man" on a suicide mission.

Trump will pay dearly for his speech: Kim Jong

"His remarks ... have convinced me, rather than frightening or stopping me, that the path I chose is correct and that it is the one I have to follow to the last," Kim said in the statement carried by the North's official KCNA news agency on Friday, promising to make Trump "pay dearly for his speech."

South Korea said it was the first direct statement of its kind by a North Korean leader. Japan, the only country to suffer an atomic attack, called the North Korean threat to conduct an atmospheric test "totally unacceptable".

Trump on Friday tweeted: "Kim Jong Un of North Korea, who is obviously a madman who doesn't mind starving or killing his people, will be tested like never before."

The White House said on Friday that Trump and South Korean President Moon Jae-in had agreed to Seoul's "acquisition and development of highly advanced military assets" and to increased deployment of US strategic assets in and around South Korea on a rotational basis." It did not name specific weapons systems.

On Thursday Trump announced new US sanctions that he said allows the targeting of companies and institutions that finance and facilitate trade with North Korea. Then when asked if diplomacy was still possible, he said: "Why not?"

The additional sanctions on Pyongyang, including on its shipping and trade networks, showed Trump was giving more time for economic pressure to weigh on North Korea. US Treasury Secretary Steven Mnuchin said banks doing business in North Korea would not be allowed to operate in the United States.

KCNA said Chinese media was "openly resorting to interference in the internal affairs of another country" and driving a wedge between the two countries.

China's Foreign Ministry spokesman Lu Kang said: "All relevant sides should exercise restraint and dedicate themselves to easing the situation rather than irritating each other."

The rhetoric has started to rattle some in other countries. French Sports Minister Laura Flessel said France's team would not travel to the 2018 Winter Olympic Games in South Korea if its security could not be guaranteed.

The 2018 Games are to be staged in Pyeongchang, just 80 km (50 miles) from the demilitarized zone between North and South Korea, the world's most heavily armed border.