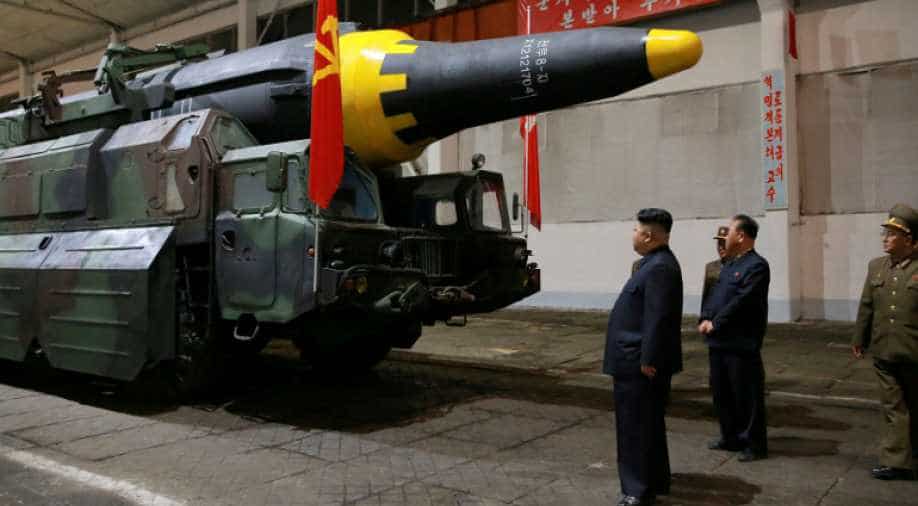 North Korea's foreign minister Ri Yong Ho said the final decision over whether to test or not would be taken by the country's leader Kim Jong-Un. Photograph:( Reuters )

North Korea's foreign minister Ri Yong Ho has said his country may test a hydrogen bomb over the Pacific.

The test, if it comes, would be carried out in response to US President Donald Trump's assertion that should America be threatened, it would be forced to "totally destroy" North Korea.

Ho made his comments to reporters in New York, where the UN General Assembly is currently in session.

Ho however added that the final decision over whether to test a hydrogen bomb over the Pacific or not would be taken by North Korean leader Kim Jong-Un.

"This could probably mean the strongest hydrogen bomb test over the Pacific Ocean. Regarding which measures to take, I don't really know since it is what Kim Jong Un does," CNN reported Ho as saying.

Trump has already announced the ramping up of sanctions on North Korea. To which Kim replied by calling him "mentally deranged".

North Korea has of late conducted a series of bomb tests which have been followed by threats and sanctions from the US, leading to a constant ramping up of tensions between the two countries.