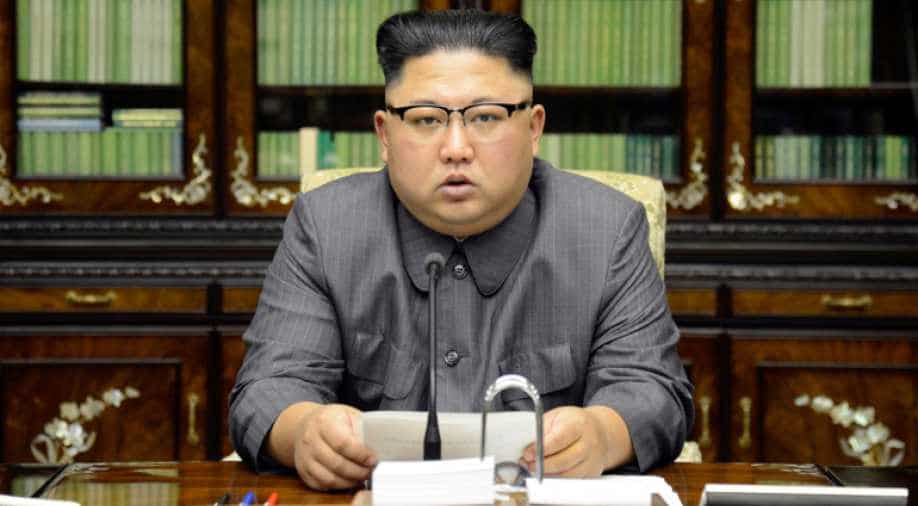 North Korea today hit out against US President Donald Trump as Kim Jong Un threatened to test a hydrogen bomb over the Pacific Ocean.

President Donald Trump speaking on the sidelines of the United Nations meeting had said he would be imposing new sanctions against North Korea.

Trump during his maiden address to the United Nations on Tuesday had said he would "totally destroy" North Korea and called Kim a "rocket man" on a suicide mission.

The Korean peninsula is on a knife's edge with North Korea testing missiles last week and threatening to destabilize the region with more tests.

The United States and South Korea jointly conducted military exercise in Pocheon in the north-eastern region of Gyeonggi province in South Korea as the Korean peninsula continued to simmer over Kim's military manoeuvres.