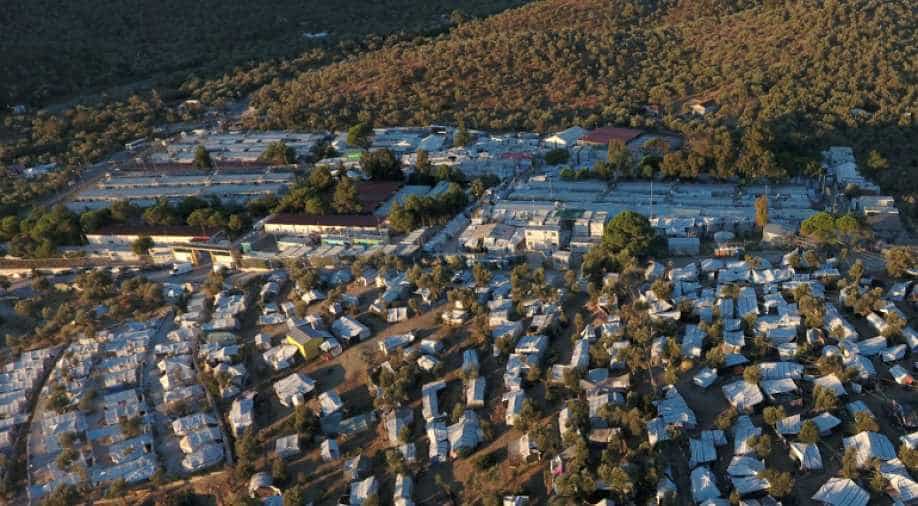 A view of the Moria camp for refugees and migrants and part of a makeshift camp set next to Moria, on the island of Lesbos, Greece, September 19, 2018. Photograph:( Reuters )

The government`s Council for Foreign Affairs and Defence convened on Saturday for an emergency session after the arrival on Thursday of more than a dozen migrant boats carrying around 600 people, the first simultaneous arrival of its kind in three years

Greece is to step up border patrols, move asylum-seekers from its islands to the mainland and speed up deportations in an effort to deal with a resurgence in migrant flows from neighbouring Turkey.

The government`s Council for Foreign Affairs and Defence convened on Saturday for an emergency session after the arrival on Thursday of more than a dozen migrant boats carrying around 600 people, the first simultaneous arrival of its kind in three years.

The increase in arrivals has piled additional pressure on Greece`s overcrowded island camps, all of which are operating at least twice their capacity.

Arrivals - mostly of Afghan families - have picked up over the summer, and August saw the highest number of monthly landings in three years.

Greece`s Moria camp on the island of Lesbos - a sprawling facility where conditions have been described by aid organisations as inhumane - is also holding the largest number of people since the deal was agreed.

On Saturday, the government said it would move asylum-seekers to mainland facilities, increase border surveillance together with the European Union`s border patrol agency Frontex and NATO, and boost police patrols across Greece to identify rejected asylum seekers who have remained in the country.

It also plans to cut back a lengthy asylum process, which can take several months to conclude, by abolishing the second stage of appeals when an application is rejected, and deporting the applicant either to Turkey or to their country of origin.

"The asylum process in our country was the longest, the most time consuming and, in the end, the most ineffective in Europe," Greece`s deputy citizen protection minister responsible for migration policy, Giorgos Koumoutsakos, told state television.

Responding to criticism from the opposition that the move was unfair and unlawful, Koumoutsakos said, "Asylum must move quickly so that those who are entitled to international protection are vindicated ... and for us to know who should not stay in Greece."

The government was "determined to push ahead with a robust returns policy because that is what the law and the country`s best interest impose, in accordance with human rights," he said.

Greece was the main gateway to northern Europe in 2015 for nearly a million migrants and refugees from war-torn and poverty-stricken countries in the Middle East and Africa.

A deal between the EU and Turkey in March 2016 reduced the influx to a trickle, but closures of borders across the Balkans resulted in tens of thousands of people stranded in Greece.

Humanitarian organisations have criticised Greece for not doing enough to improve living conditions at its camps, which they have described as "shameful".