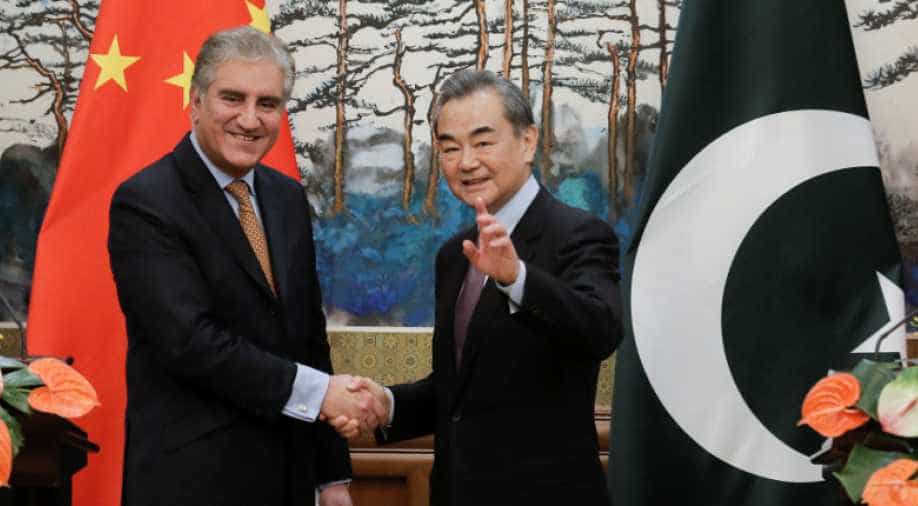 "We fully support Pakistan in carrying through its counter-terrorism campaign," Wang said.

Since March 5, Pakistani authorities have arrested hundreds of suspected militants and shuttered more than 700 madrassas, mosques, and clinics linked to banned groups.

Islamabad has come under pressure to demonstrate it is sincere about eliminating militancy, but the crackdown has yet to convince the international community.

"We also call on the international community to adopt a fair perspective of the commitments and efforts made by Pakistan over the years to combat terrorism," Wang said as he stood beside Pakistani foreign minister Shah Mehmood Qureshi.

New Delhi has long accused Islamabad of harbouring terrorist groups, which it says are used by Pakistan intelligence agencies to launch attacks on India.

It was the fourth time China has blocked such attempts, reinforcing suspicions that it was acting on Pakistan's behest.

"Pakistan appreciates the role China has played once again, standing by Pakistan in these difficult times," Shah said.

"We have been cooperating against this menace of terrorism, and we feel strengthening this in relevant fields is important," Shah said.

"We have made considerable progress vis-a-vis terrorism, we have paid a huge price, everybody recognises that," Shah said.

Wang welcomed Shah to Beijing by noting China calls Pakistan "our iron friends" because Islamabad "provides us with iron-like support" on Beijing's core issues of concern.

"Of course, China does the same," Wang said.