Watch: Teaser for Disney's live-action Winnie the Pooh movie is out 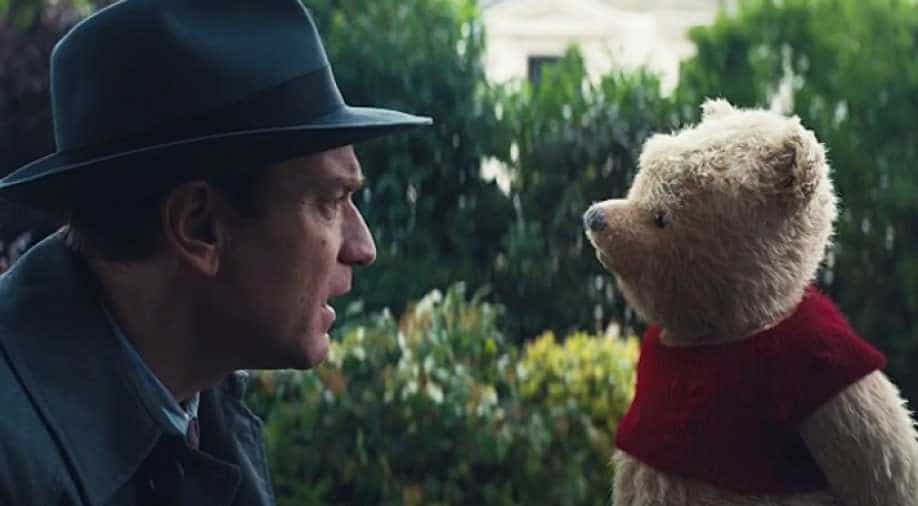 Ewan McGregor and Winnie the Pooh from a still of the film 'Christopher Robin'. Photograph:( Pinterest )

Disney's forthcoming movie Christopher Robin released its teaser trailer today and it will bring alive childhood memories like no other.

The teaser features British actors Ewan McGregor and Hayley Atwell against the backdrop of a post-war London, in which, Ewan or Christopher Robin from cartoon film Winnie the Pooh is shown as a grown-up man with a family of his own. As Christopher deals with the mundanity of life and daily struggles of adulthood, he is visited by a friend. This friend is none other than his favourite toy, Winnie the Pooh -- who talks, walks and looks like the most adorable live in-action bear.

Christopher Robin brings back the original American voice-actor Jim Cummings as Winnie's voice to the surprise of many. While folks in America can't contain their excitement over this, ones in the UK despise hearing the American accent over their much-beloved British one.

The American Winnie the Pooh had Jim Cummings voice, while UK kids have grown up hearing Peter Dennis as the bear.

Here are some of the first reactions to the teaser, most particularly the voice:

Why the hell does Pooh have that awful accent left over from the old American cartoons, he’s British ffs! Unacceptable. https://t.co/E4G2yTj13t

I was rolling my eyes at this as I never liked the Disney/American Pooh, then i realised an English Pooh would almost definitely be Corden or Freeman, and now Cummings is fine by me

Christopher Robin will be released on August 3.