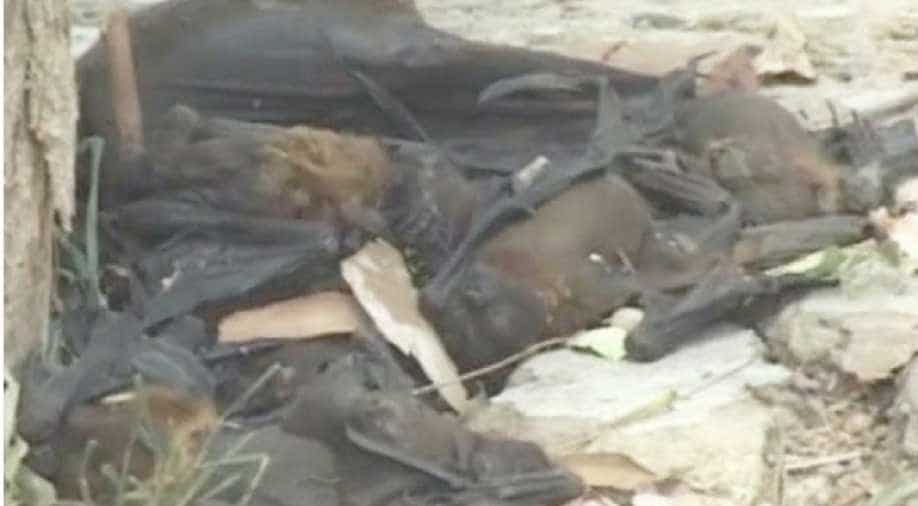 18 dead bats were discovered in a government school in Himachal Pradesh's Nahan, triggering a panic among locals. Photograph:( ANI )

According to reports, a Chinese researcher in Wuhan Tian Junhua has been leading the study of bats in the area

As the death toll due to coronavirus continues to mount worldwide, a report said Chinese researchers have taken samples of bats around the Wuhan animal market which was allegedly responsible for the spread of COVID-19.

Also Read: Is everything normal in China? Some reports, videos say otherwise

According to reports, a Chinese researcher in Wuhan Tian Junhua has been leading the study of bats in the area.

A video released by the Chinese government had earlier shown Tian purportedly inside a cave in Hubei province which is the worst-hit region from COVID-19. Tian was reportedly taking bat samples from the caves and storing them.

Chinese disease control officials had identified wild animals sold in the Wuhan market as the source of the coronavirus pandemic that has taken more than 36,000 lives worldwide so far. The Wuhan market was sealed and disinfected in January after the outbreak began to spread in the area.

According to reports, China is set to permanently close the animal market in Wuhan which was responsible for spreading the virus.

Wuhan which was under lockdown since January 23 due to the increased spread of coronavirus has begun to experience a semblance of life after authorities partially allowed citizens to move around outside. Border controls have been loosened with people allowed to reinter the city in recent days.

However, the fate of the animal market in the area is still unknown although China had announced a "comprehensive" ban on the wildlife trade that reportedly flourished in the market.