China's consumer inflation at eight-year high, but PPI stuck in the red 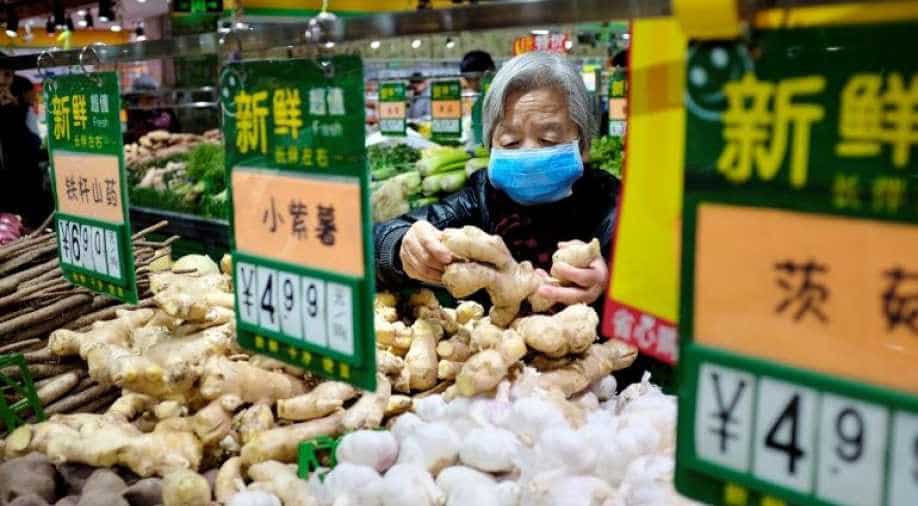 China's consumer inflation climbed to nearly eight-year peaks in November as pork prices doubled, but factory-gate prices remained in the red, adding to uncertainty over whether the manufacturing sector is bottoming out as trade risks persist.

Beijing is under pressure to unleash more stimulus to boost industrial activity, but high inflation ahead of the Lunar New Year may be a headache for policymakers trying to shore up growth that has slipped to the lowest in nearly 30 years.

Consumer prices in November rose 4.5 per cent on year, the fastest pace seen since January 2012, driven mostly by a surge in pork prices as African Swine Fever ravaged the country's hog herds, National Bureau of Statistics (NBS) data showed on Tuesday. That topped analysts' expectations of 4.2 per cent and October's 3.8 per cent rise.

"The high CPI would surely have an impact on China's monetary policy, but overall we don't see risks of inflation spike across the board, so current monetary policy with a loosening bias will not be significantly affected," said Liu Xuezhi, an analyst with Bank of Communications.

In contrast, the producer price index (PPI), seen as a key indicator of corporate profitability, fell 1.4 per cent on year, falling for the fifth month in a row. That compared with a 1.5 per cent drop forecast in a Reuters poll and 1.6 per cent fall in October.

"There are few signs of a pick-up in demand-side price pressures," said Julian Evans-Pritchard, senior China economist at Capital Economics. "Higher prices of consumer goods in the PPI basket, one component of which is food, were more than offset by more pronounced declines in the prices of industrial goods."

Beijing and Washington are negotiating a first phase trade deal aimed at de-escalating their trade dispute but they continue to wrangle over key details. But even if a deal is struck, economic growth is expected to continue slowing in the current and coming quarters, however. Government advisers said China should lower its growth target to around 6 per cent in 2020 as the trade dispute remains unresolved.

China has rolled out a series of measures to support growth, including reductions in market interest rates, but the government has insisted it will not resort to "flood-like" stimulus, however.

Consumer inflation was driven largely by a continued surge in pork prices and other meats after the African Swine Fever killed a large portion of China's pigs.

Wholesale pork prices have seen a slight reprieve in November but remain elevated from a year earlier. The statistics bureau said pork prices more than doubled year-on-year in November.

Analysts expect pork will remain in high demand as China prepares to celebrate the Lunar New Year, the peak consumption period for the meat. Retail pork prices hovered at around 55 yuan ($7.81) per kg in November, according to agriculture ministry data.

Climbing consumer prices are adding to the headaches of policymakers who are racing to meet Beijing's annual growth target as the world's second-largest economy slows to the lower end of a 6 per cent-6.5 per cent range for 2019.

However, core CPI for November remained benign at 1.4 per cent, down from 1.5 per cent in the previous month. For the full year of 2019, China is aiming for a CPI target of around 3 per cent. It rose 2.8 per cent in the January-November period.

Many China watchers also predict that pork price inflation may be close to a peak as recent policies to stabilise production and support the recovery of the pig herd have begun to show results.

"The month-on-month CPI saw a big drop in November and food price inflation might be 'a spent bullet'. Overall consumer inflation will likely trend down from Q2 next year," said Wang Jun, chief economist at Zhongyuan Bank in Beijing.

Despite inflation risks, China's central bank has slowly picked up its tempo of policy easing since late last month by cutting key Chinese rates, suggesting Beijing is keen to push ahead with lowering financing costs across the curve.

China's central bank governor Yi Gang said this month that Beijing would maintain "normal" monetary policy as long as possible since economic growth is still within a reasonable range and inflation is mild overall.