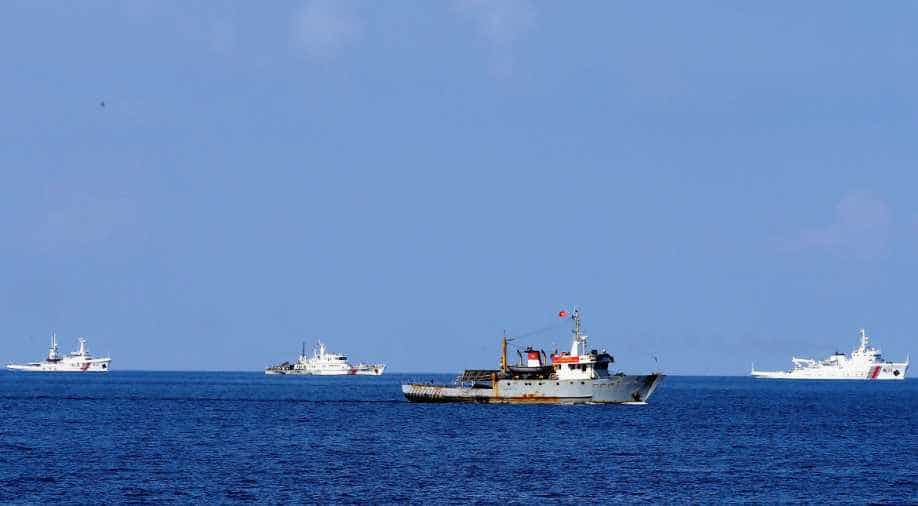 'Chinese investors have been speculating on defence companies for some time, partly because of the South China Sea issue,' Qian Qimin, an analyst at Shenwan Hongyuan Group said. (Representative image) Photograph:( Getty )

Follow Us
Chinese stock investors today found a silver lining to a tribunal ruling against their country`s territorial ambitions in the disputed South China Sea, driving up defence firm prices in expectation of heightened tensions.

A UN-backed tribunal on Tuesday declared invalid China`s territorial claims to the waters, prompting one Chinese official today to warn rivals against turning the South China Sea into a "cradle of war".

But analysts cautioned the gains were speculative and could be short-lived.

"Investors have been speculating on defence companies for some time, partly because of the South China Sea issue," Qian Qimin, an analyst at brokerage Shenwan Hongyuan Group, told AFP.

"It`s a short-term focus for investors, unless the quarrel heats up again."

Companies based in the southern island province of Hainan -- a gateway to the South China Sea -- also rose on hopes their home could benefit from greater economic development if the government sought to boost military assets as well as tourism and transport links.

Hainan HNA Infrastructure Investment Group -- which has interests in airports and shipping harbours -- surged by its 10 per cent daily limit to 14.42 Yuan while Hainan Haiqi Transportation Group also jumped 10 per cent.

China has in recent years built giant artificial islands capable of hosting military installations and airstrips in the Spratlys archipelago, in the south of the sea.

It justifies its sovereignty claims by saying it was the first to have discovered, named and exploited the sea, and outlines its claims for most of the waterway using a vague map made up of nine dashes that emerged in the 1940s.

The Philippines, Vietnam, Malaysia, Brunei and Taiwan have overlapping claims in the South China Sea.