CDC proposes new guidelines for treating pain, including Opioid use 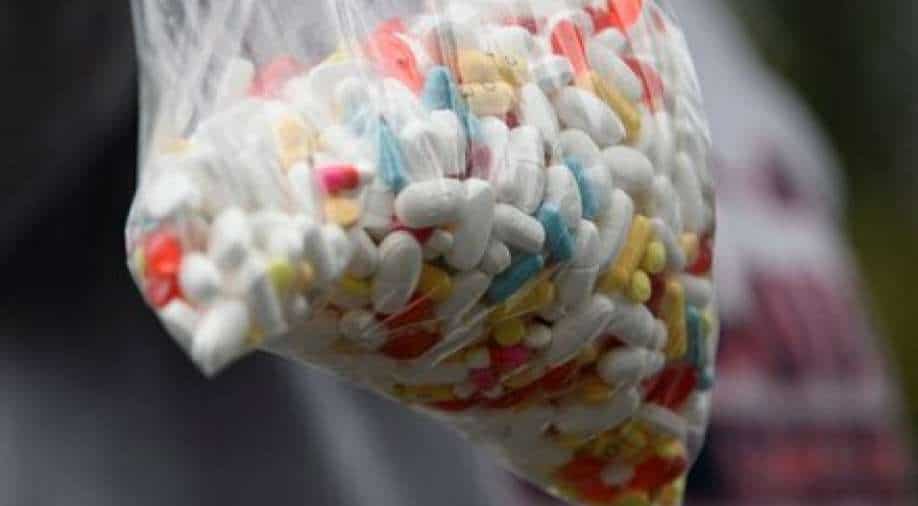 Though still in draft form, the 12 recommendations, issued by the Centers for Disease Control and Prevention, are the first comprehensive revisions of the agency’s opioid prescribing guidelines since 2016

The federal government on Thursday proposed new guidelines for prescribing opioid painkillers that remove its previous recommended ceilings on doses for chronic pain patients and instead encourage doctors to use their best judgment.

But the overall thrust of the recommendations was that doctors should first turn to “nonopioid therapies” for both chronic and acute pain, including prescription medications like gabapentin and over-the-counter ones like ibuprofen, as well as physical therapy, massage and acupuncture.

Though still in draft form, the 12 recommendations, issued by the Centers for Disease Control and Prevention, are the first comprehensive revisions of the agency’s opioid prescribing guidelines since 2016. They walk a fine line between embracing the need for doctors to prescribe opioids to alleviate some cases of severe pain while guarding against exposing patients to the well-documented perils of opioids.

The 229-page document warns of addiction, depressed breathing, altered mental status and other dangers associated with opioids, but it also notes that the drugs serve an important medical purpose, especially for easing the immediate, acute agony from traumatic injuries such as burns and crushed bones. In those instances when opioids seem the way to go, doctors should start with the lowest effective dose and prescribe immediate-release pills rather than long-acting ones, the recommendations said.

The recommendations are now open on the Federal Register for public comment for 60 days. The agency will review the comments and most likely issue a final version by the end of 2022. Like the 2016 guidelines, they are suggested practices and not mandatory.

“We are welcoming comments from patients who are living with pain every day and from their caregivers and providers,” said Christopher Jones, a co-author of the draft and acting director of the National Center for Injury Prevention and Control, the arm of the CDC that released the new guidelines.

The guidelines do not apply to patients suffering pain from cancer or sickle cell, or are in end-of-life or palliative care.

The 2016 guidelines generated anger and fear in many chronic pain patients, many of whom rely on doses far higher than the recommended ceiling of 90 morphine milligram equivalents daily. Hundreds of pain medicine specialists protested as well.

Though the dosing ceilings were merely a recommendation, dozens of states codified them. Fearing criminal and civil penalties, many doctors misapplied them as rigid standards, tapering chronic pain patients too abruptly and even tossing some from their practices.

Studies show that the number of opioid prescriptions overall has been dropping since 2012, and the decline escalated after the 2016 guidelines came out.

The new proposed recommendations step back from the notion of one-size dosing fits all and instead builds in “flexibility to recognize that pain care needs to be individualized,” Jones said.

But the recommendations make it abundantly clear that doctors should regularly reassess the benefits and risks of opioids.

“The evidence around the long-term benefits of opioids continues to remain very limited,” Jones said.

In another indication that the CDC sees these new guidelines as a course-correction to the earlier ones, the agency now suggests that when patients test positive for illicit substances, doctors should offer counseling, treatment and, when necessary, careful tapering. Because doctors had interpreted the 2016 dosing limits narrowly, some had worked up one-strike policies and were summarily ejecting such patients.

Jones said that such results should instead be considered one piece of diagnostic information among many. An unduly high level of opioids could indicate the patient still has untreated pain or even a substance use disorder.

“If you instead retain the patient and have those conversations, there’s now an opportunity to improve the patient’s life,” he said.

Drawing from a mountain of research that accumulated in recent years, the proposed guidelines also offer extensive recommendations for the treatment of acute pain — short-term pain that can come with an injury like a broken bone or the aftermath of surgery. They advise against prescribing opioids, except for traumatic injuries, such as burns and auto accidents.

In granular detail, they compare the relief provided by opioids to that offered by alternatives such as exercise and acupuncture and other drugs. And they give fine-tuned recommendations for discrete areas of pain, such as lower back, knees and neck.

The guidelines, for example, note that opioids should not be used for episodic migraines. They endorse, among other treatments, heat therapy and weight loss for knee osteoarthritis, and, for neck pain, suggest options like yoga, tai chi, qiqong, massage and acupuncture.

The recommendations also say that many studies show that, over time, pain alleviation from opioids usually plateaus and then wanes, requiring ever higher doses.

“We never wanted to pretend that opioids aren’t really important tools,” said Dr. Jeanmarie Perrone, a professor of emergency medicine at the Perelman School of Medicine at the University of Pennsylvania, who served on an advisory panel for the prescribing guidelines. “But after you’ve got that cast on, we’re going to wean you off those opioids. One long-bone fracture doesn’t mean six weeks of opioid prescriptions.”