Biden's US immigration reform bill to be unveiled on Thursday 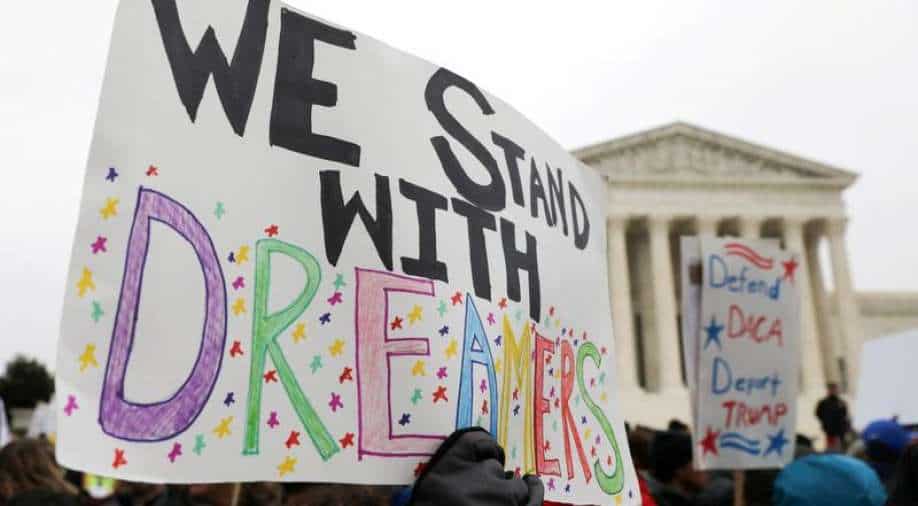 The legislation will benefit the so-called Dreamers, people who were brought to the United States illegally as children and grew up there.

US President Joe Biden's immigration bill will be unveiled on Thursday to begin its legislative process. The said bill aims to create a path to citizenship for 11 million undocumented immigrants who can prove they were in the United States on January 1, 2021.

Two Democratic legislators, California Congresswoman Linda Sanchez and New Jersey Senator Bob Menendez, will present the initiative in the House of Representatives and the Senate, respectively.

The legislation will benefit the so-called Dreamers, people who were brought to the United States illegally as children and grew up there.

The bill will also replace the term "alien," used to refer to foreigners in immigration legislation, with "non-citizen" "to better reflect the president's values on immigration".

Then-president Barack Obama issued an executive order in 2012 which offered protection for Dreamers at renewable two-year periods, including authorisation to work.

His successor Donald Trump attempted to end the programme in 2017 as part of his crackdown on all kinds of immigration.

The case ended up in the US Supreme Court, which ruled that the Trump administration had not followed proper administrative procedures to end the policy, although the Department of Homeland Security reinstated it only partially.

People benefiting from Temporary Protected Status (TPS), which prevents the deportation of citizens from countries affected by natural disasters or conflict, and farmworkers who can show a history of employment in the United States will also be able to get permanent residence.

Since coming to power, Biden has announced a push to reform immigration and roll back his predecessor's hardline policies, including with the creation of a special task force to reunite families separated by Trump's "zero tolerance" border policy towards undocumented immigrants.

Starting this week, he will begin to dismantle the controversial "stay in Mexico" programme, which forced tens of thousands of asylum seekers to remain at the border pending resolution of their cases.

The Trump administration had passed more than 400 executive orders to curb immigration and punish the undocumented.