As poll numbers slide, Elizabeth Warren wrestles with Medicare for All dilemma 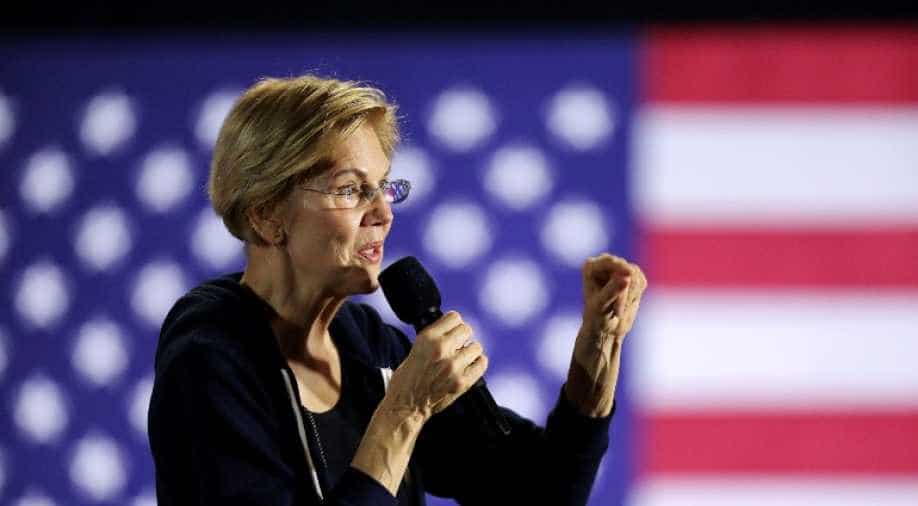 For the moment, Warren appears to be treading carefully on the issue.

With support for Elizabeth Warren's White House bid sliding since the release last month of a divisive plan to overhaul healthcare, the Democratic presidential contender has made an effort to refocus her campaign in early-voting Iowa on her signature anti-corruption message.

Some supporters worry that shift could end up hurting the Massachusetts senator, however. Now that Warren has put her $20.5-trillion Medicare For All plan on the table, they want the candidate to try harder to win over doubting voters.

"I don't think she should brush it under the rug," retired teacher and Warren backer Karla Thompson, 60, said at a town hall in Marion, where her wife told the candidate she was worried about the plan. "That's what will make or break her."

For the moment, Warren appears to be treading carefully on the issue.

While she said little about Medicare for All while campaigning in Iowa last week, her campaign there has been mobilizing outside experts to hold town halls and educational house parties to convert skeptics, making an aggressive outreach in the crucial state that will kick off the nominating contests.

In three Iowa town halls, Warren mentioned Medicare for All only after asked or fleetingly at the end of her stump speeches. Her campaign, however, planned to host at least eight healthcare-specific events in the state over the following week, along with general policy discussions and trainings for the Feb. 3 caucuses.

The outreach reflects how the controversy around her proposal has become a central issue for Warren - even though she never set out to have it define her White House bid.

For months, Warren has been running on a populist message of fighting Washington corruption and Wall Street greed. But her promise to expand government health insurance coverage without raising middle-class taxes is what has drawn the most attacks from rivals who say it is unrealistic and from some voters concerned it is too extreme.

Warren's momentum has stalled in the month since she announced how she would finance and implement the system, a policy previously tied most closely to US Senator Bernie Sanders of Vermont, who is also in the race.

A Nov. 6-13 CBS News/YouGov poll put Warren in fourth place in Iowa, trailing Sanders, former Vice President Joe Biden and Pete Buttigieg, the mayor of South Bend, Indiana. The same poll in mid-October had her tied for first with Biden.

Iowa state Senator Clair Celsi, who endorsed Warren, has suggested the campaign produce explanatory videos to persuade people leery of the proposal, just as she used to be.

"I think the people who are most critical of Medicare for All don't even know what it is," Celsi said.

The campaign would not comment on its efforts, but it has dispatched Iowa state policy director Spencer Dixon to educate voters, held deep-dive policy sessions and tapped local physicians to hold forth at house parties.

"I've got a lot of plans, and I'm glad to have a chance to talk about them," Warren told reporters at an event last week at the University of Iowa, where she did not mention Medicare for All when asked how she would ensure quality healthcare for all women.

Gail Krupa, 75, said that was a missed opportunity. Krupa plans to caucus for Warren but fears not making an overt case for Medicare for All could hurt her chances.

"This would be a great place to go into the details," Krupa said of the university town. "I don't want her to lose votes over it."