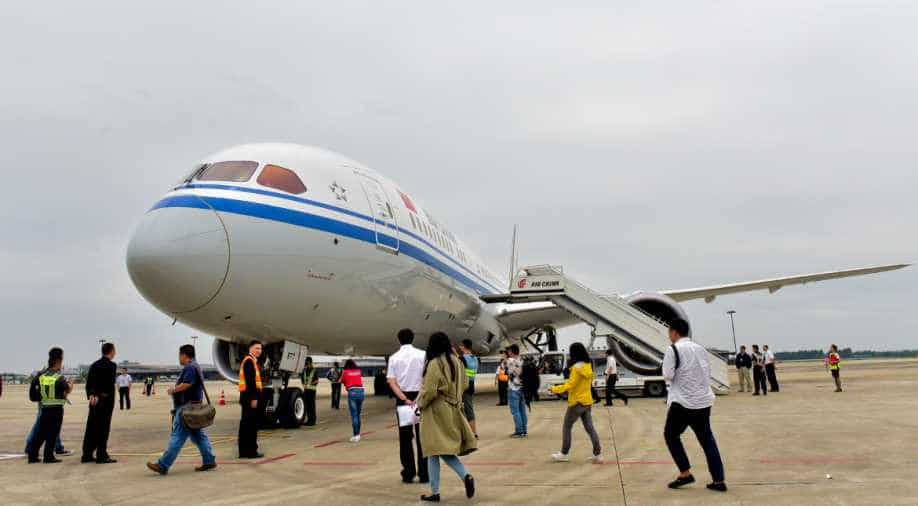 China is keen to develop a successful commercial aircraft to rival Boeing and Airbus. But it has been held back by inexperience, a shortage of local aerospace design and engineering talent. Photograph:( Getty )

Follow Us
China's first locally-built regional jet made its maiden commercial flight on Tuesday, carrying 70 passengers from the western Chinese city of Chengdu to Shanghai, a milestone for the state planemaker Commercial Aircraft Corp of China (COMAC).

The ARJ21 is designed to compete against Embraer SA, Brazil aircraft producer and Canada's Bombardier.

On Tuesday's flight, EU6679, was for Chengdu Airlines, a subsidiary of state-owned Sichuan Airlines.

The two hour and 12 minute trip was "an important milestone in the development of civil aviation in China. Chinese skies for the first time have welcomed a passenger jet researched and developed by China," COMAC said in a statement.

"On basis of this, we will optimise the design of the jet, push forward with serialised and industrialised pace, develop domestic and overseas markets. We will make efforts to build ARJ 21 as a new calling card for China's high-end equipment manufacturing industry," Chairman Jin Zhuanglong told reporters at Shanghai's Hongqiao Airport.

"There is nothing specially different compared to other planes. (Comac ARJ21) has the same controlling panel as the Boeing 737 with same operating system. The response of operating system of the jet in the air is the same to traditional planes," said pilot Zhang Fang.

China is keen to develop a successful commercial aircraft to rival Boeing and Airbus. But it has been held back by inexperience, a shortage of local aerospace design and engineering talent, as well as a lack of home-grown companies with the technology to help drive the project.

The aircraft, which seats about 90 passengers, was given permission to fly domestically by China's civil aviation regulators at the end of last year following years of delays due to technological problems.

COMAC said in September it had signed a preliminary deal with Industrial and Commercial Bank of China (ICBC) leasing to supply 10 of ARJ21 and 10 of its C919 models to Thailand's City Airways.