All countries should respect each other's sovereignty: China's Xi at OBOR 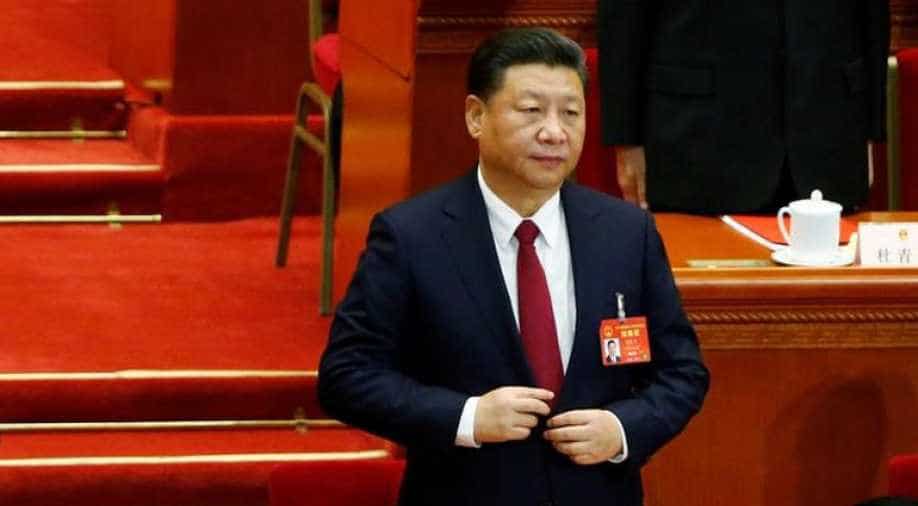 All countries should respect each other's sovereignty, Chinese President Xi Xinping has said ||He made the comment while inaugurating the OBOR summit which India has skipped over sovereignity concerns

Chinese President Xi Jinping today said all countries should respect each other's sovereignty and territorial integrity, as he inaugurated the high profile Belt and Road forum boycotted by India due to concerns relating to a controversial economic corridor traversing through PoK.

In his opening address outlining China's vision, 63- year-old Xi referred to ancient Silk Road and spoke about significance of various civilisations, including the "Indus and Ganges civilisations".

Without referring to India's objections to the China- Pakistan-Economic Corridor (CPEC), Xi said, "all countries should respect each other's sovereignty, dignity and territorial integrity, each other's development paths and social systems, and each other's core interests and major concerns.

India skipped the meeting due to its sovereignty concerns over the USD 50 billion CPEC, which goes through Pakistan- occupied Kashmir (PoK). However, few Indian scholars attended the opening session of the two-day "Belt and Road" conference in Beijing that brought together leaders from 29 countries.

Xi said the Belt and Road initiative is "a project of the century" that will benefit people across the world.

Denying any attempts to form a "small group" of nations taking part in the Belt and Road initiative of which CPEC is a part, Xi said China plans to build it as a road to peace and link his country to much of Asia, Europe and Africa.

"Pursuing the B and Road initiative, China has no intention to form a small group detrimental to stability," he was quoted as saying by the state-run Xinhua news agency.

The B and Road initiative should be built into a road for peace, as the pursuit of the initiative requires a peaceful and stable environment, Xi told the forum attended by 29 heads of state and government besides representatives of over 100 countries and international organisations.

The United States sent a delegation led by Matt Pottinger, special assistant to the president and senior director for Asia at the National Security Council.

"The ancient silk routes thrived in times of peace, but lost vigour in times of war. The pursuit of the Belt and Road initiative requires a peaceful and stable environment," Xi said.

"We should foster a new type of international relations featuring win-win cooperation; and we should forge partnerships of dialogue with no confrontation and of friendship rather than alliance," he said.

Xi announced China would contribute an additional USD 14.5 billion to the Silk Road Fund, which was set up in 2014 to finance infrastructure projects, taking it to USD 55 billion and USD 8.75 billion financial assistance to the countries taking part in his Belt and Road initiative aimed at expanding China's influence and global connectivity.

In his speech, Xi said Belt and Road initiative focuses on the Asian, European and African countries, but is also open to all other countries.

He said China will provide assistance worth 60 billion yuan (USD 8.7 billion) to developing nations and international organizations participating in the Belt and Road initiative to launch more projects to improve people's well-being.

China will set up 50 joint laboratories with countries participating in the Belt and Road initiative to enhance cooperation on innovation, he said.

Named after the historic Silk Road, the Belt and Road initiative was proposed by Xi in 2013 to chart out new territories for international cooperation.

"Spanning thousands of miles and years, the ancient silk routes embody the spirit of peace and cooperation, openness and inclusiveness, mutual learning and mutual benefit," Xi told an audience of more than 1,500 from across the globe.

"The Silk Road spirit has become a great heritage of human civilization," he said.

Germany warns its delegates against Egyptian agents spying on them at COP27: Reports

China trying to 'sabotage' digital infrastructure of other countries: Report