'You can't like Virat Kohli as a man: Paine caught saying to Murali Vijay on stump mic 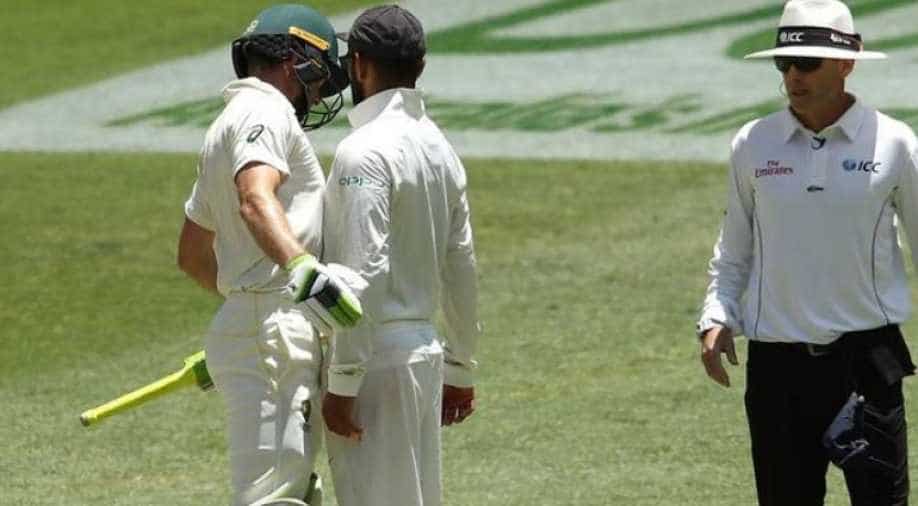 Kohli (R) and Paine face off during the Perth test. Photograph:( Twitter )

After the umpire intervened and separated the two when Paine was batting, the Australian, when fielding, turned to Murali Vijay taking a jibe at the Indian captain.

Australian skipper Tim Paine has been involved in a war of words with Indian counterpart Virat Kohli and there seems to be no end in sight.

After the umpire intervened and separated the two when Paine was batting, the Australian, when fielding, turned to Murali Vijay taking a jibe at the Indian captain.

"I know he's your captain but you can't seriously like him as a bloke," a tweet quoted Paine as telling Murali Vijay about Virat Kohli.

The Kohli-Paine war of words began on Day 3 after the visitors went for a huge caught-behind appeal in the final over of the day.

The stump microphones picked up Virat Kohli saying, "if he messes it up, it's 2-0," while referring to the Test series lead. Tim Paine promptly replied: "You've got to bat first, big head".

The argument continued on Day 4 and umpire Chris Gaffaney had to intervene as Virat Kohli and Paine got involved in another argument.