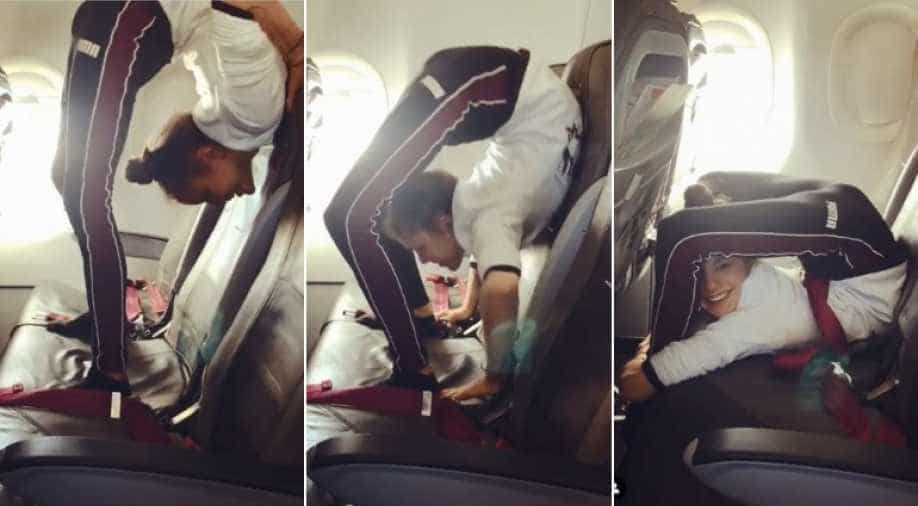 Wheater it was fastening the seat belt or in-flight exercises, Stefanie has taken contortion to another level.

Gymnast Stefanie Millinger, 25, of Austria showed off her flexibility by performing some impressive contortion moves in the economy class seat of a passenger aircraft.

Stefanie was reportedly travelling to Poland when she demonstrated a unique way of taking her seat via a video which went viral on social forums.

The video shows a very unique way of fastening the seat belt and one can pull a muscle just watching the video.

Wheater it was fastening the seat belt or in-flight exercises, Stefanie has taken contortion to another level.

The video started with Stefanie standing on her tip toes with her back bent over backwards. She then lowers her head back to go parallel with the back of her knees.

The moment she completely bent backwards she then pushes her head between her ankles.

Stefanie ended the video with a smile by clipping the seatbelt over her back while her legs were over her head in a C-shape position.

Look at her other posts:

Instagram users appreciated Stefanie's unusual technique of clipping the seat belt as her moves have been watched more than 290,000 views times.