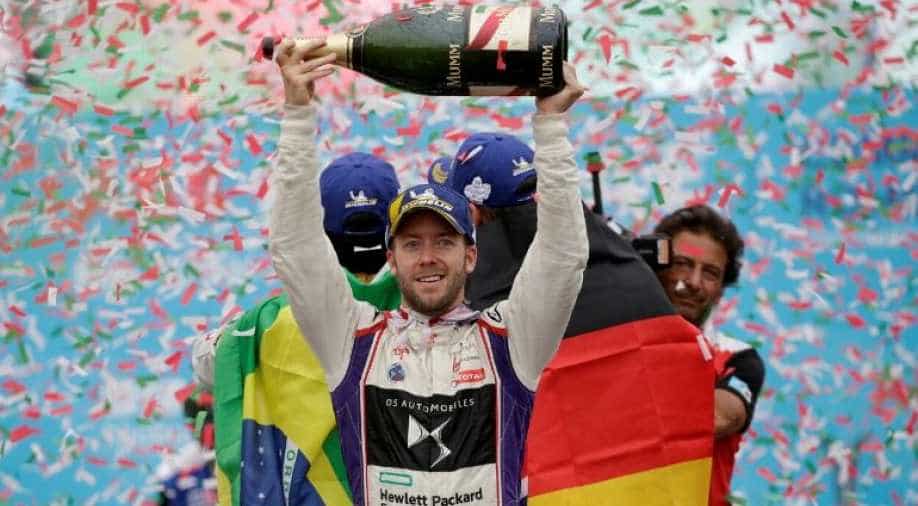 The 32-year-old told reporters, as he looked forward to season six that starts in Saudi Arabia on November 22-23, that he was prepared to take the plunge if he won his home London round.

Formula E racer Sam Bird is hardly leaping into the unknown this season after five years in the all-electric series, but the Briton could be jumping into the River Thames come July.

The 32-year-old told reporters on Tuesday, as he looked forward to season six that starts in Saudi Arabia on November 22-23, that he was prepared to take the plunge if he won his home London round.

If his Virgin Racing team have to throw him a lifeline, it would not be the first time.

Bird was Lewis Hamilton's Mercedes Formula One teammate in 2013, living the dream as a test and reserve driver while also finishing runner-up in the GP2 support series.

And then it ended. Cut loose, he found himself in a single bedroom apartment with the electricity supply cut off and no money to pay the bills.

The Briton remembers calling his parents in tears, telling them he would have to give up and become a personal trainer, before Virgin called to offer a seat in the first all-electric series.

"I owe Formula E everything. It resurrected my career," he said.

Fast forward, and Bird is his country's top electric driver while Hamilton probes ever deeper into the realms of greatness with his sixth Formula One championship.

The contrast between their career paths is not lost on Bird, who is in no risk of being mobbed when he steps out into central London, but he has no doubt his compatriot deserves all the recognition.

"He has to be considered as the greatest ever now, surely?," he said.

"I’ve worked with him and seen what he can do, data-wise. I’ve never said it about any other driver, but he did things where you just think ‘I cannot do that. My skill level will just not allow me to do what he does’.

"I worked with two other incredible drivers at Mercedes but you always felt like you could do it. Given enough time in the car, I felt I could do what they did. But with him sometimes there’s things that you just think, well that’s not achievable."

Hamilton had arrived from McLaren to replace seven times champion Michael Schumacher alongside Nico Rosberg for the start of 2013 and would go on to win five of the next six championships.

As one Briton took off, the other fell to earth with a bump.

"I parted ways with Mercedes and all of a sudden I literally had nothing. I had no money and no income. I didn’t have any money that I’d saved up or anything like that," said Bird.

"My electricity got cut off. I couldn’t afford my council tax bill."

In Formula E, he has found a new life - a race winner in every season so far with a total of eight victories, Bird is third in the winners' list, and third overall in 2017-18.

This season he will be up against a works Mercedes team for the first time, with the German carmaker joining Porsche as debutants.

"I tend not to try and race with emotion. To me it’s just another team that I need to beat in order to be the best," said the Briton.

"It’s great to have them on the grid. But it would be nice to keep them behind me."

No place like home: Bucs first team to vie for Super Bowl prize on home turf