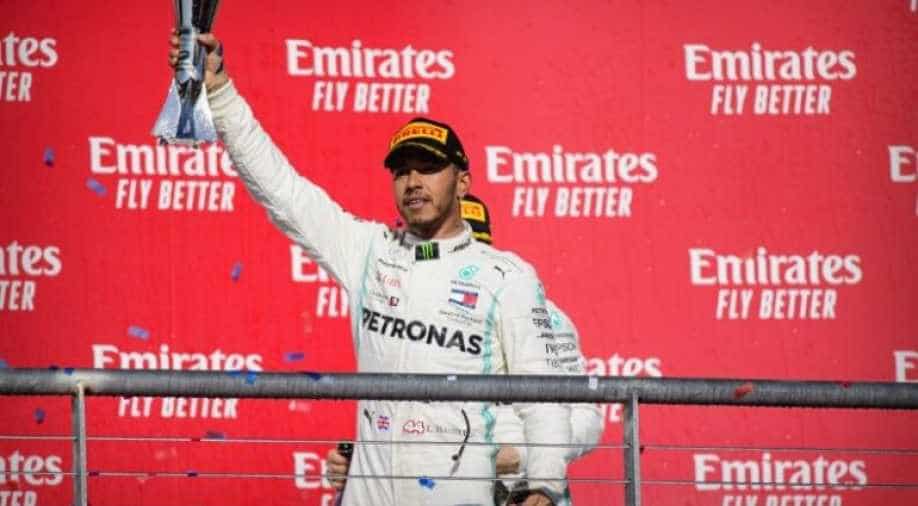 Hamilton already has plenty of records, including 87 pole positions and his 83 wins put him on course to surpass Schumacher's record tally of 91 next year and a chance to join the German great at the top of Formula One's list of drivers' champions.

Valtteri Bottas won the battle but Lewis Hamilton won the war, securing his sixth Formula One world championship on Sunday, despite finishing second to his Mercedes teammate at the US Grand Prix.

Bottas, the last man with a chance of denying Hamilton another title, needed nothing less a victory at the Circuit of the Americas and did his part collecting his seventh career win and fourth of the season.

But it was not enough to keep the Briton from becoming only the second driver after retired Ferrari great and seven-times champion Michael Schumacher to win six titles.

The math was as simple as it was daunting for Bottas, Hamilton would secure the title by finishing eighth or better but would not need any points to retain the championship if the Finn did not win.

Hamilton already has plenty of records, including 87 pole positions and his 83 wins put him on course to surpass Schumacher's record tally of 91 next year and a chance to join the German great at the top of Formula One's list of drivers' champions.

"I'm working on a masterpiece and I haven't quite finished it yet," said Hamilton, who could join Schumacher next season with a seventh title. "I think it takes a long time to master a craft and I feel like I am mastering it but there is still more to master, to add to it."

A sellout crowd, that included both of Hamilton's parents, arrived early at a sun-kissed circuit outside Austin expecting to see a coronation and were not disappointed as the Briton battled Bottas to the death.

Much of the drama had been removed from the championship chase but Hamilton had the crowd on the edge of their seats showing why he is recognised as one of most competitive racers of all-time as he tried to crown his championship with a seventh US Grand Prix victory.

He fell just short of crossing the finishing line first but nothing could stop him from sealing another driver's title.

"I did my part which feels good but Lewis was still strong this weekend as he always is so he got some points and got the championship," said Bottas. "Lewis I am sure really wanted to win the title while winning the race I got to stop that so that feels good."

Any thoughts that Hamilton might approach the race with some caution were quickly removed as he went on the attack right from the start, shooting from fifth to third before the first lap was completed.

Bottas got away from pole position cleanly with Red Bull's Max Verstappen and Hamilton in hot pursuit.

With Hamilton on a one-stop strategy and Bottas and Verstappen on two, the Briton took over the lead after his two challengers made their second pit-stops.

With four laps to go Bottas swept past Hamilton who then focused on fighting off a late challenge from third-place finisher Verstappen.

"My dad told me when I was six or seven years old never to give up and that's kind of the family motto," said Hamilton.

"I was pushing as hard as I could, I was hopeful that I might be able to win today but didn't have it in the tyres, unfortunately."

It was a hugely disappointing race for Ferrari who was plagued by problems all weekend.

Sebastian Vettel's day came to an early end when his Ferrari suffered right rear suspension failure after just eight laps the German parking his car on the infield.

Teammate Charles Leclerc, racing on an old power unit after his engine let go in Friday practice, started fourth and finished in the same position but more than a minute behind the winner.