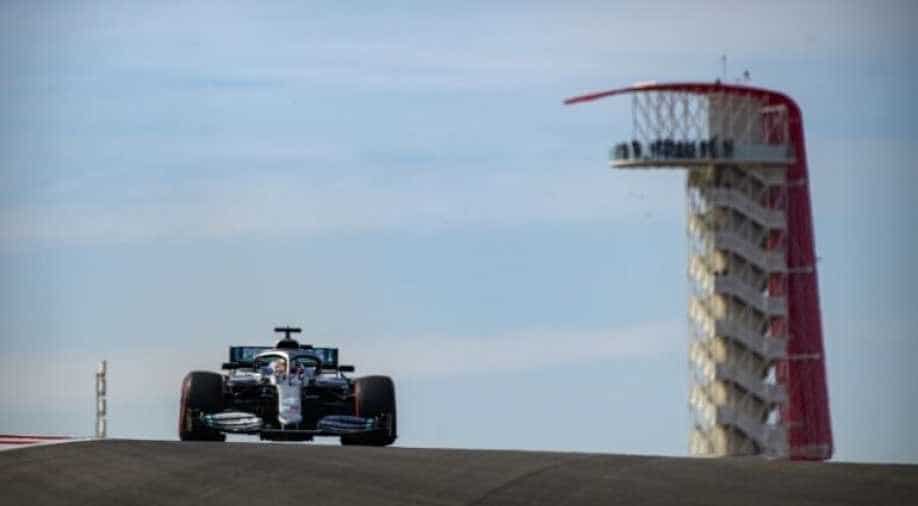 Nobody has won in Texas without qualifying on the front row and hard work lies ahead for Bottas, who will need nothing less than a victory

Mercedes' Valtteri Bottas snatched pole position for the US Grand Prix on Saturday, breathing life into his remote title hopes while signaling to Lewis Hamilton he will not be gifting a sixth drivers' crown to his teammate.

Nobody has won in Texas without qualifying on the front row and hard work lies ahead for Bottas, who will need nothing less than a victory on Sunday and for Hamilton to fail to score a point if the Finn is to have any hope of extending the title fight to Brazil.

"From what I know of him (Hamilton), he is going to be fighting hard that's for sure," said Bottas, after clinching his fifth pole of the season with a time of one minute, 32.029 seconds on the bumpy Circuit of the Americas.

Hamilton, who will seal his sixth title in Austin on Sunday with two races to spare if he finishes eighth or higher regardless of where Bottas finishes, will start from fifth place.

Bottas, 74 points behind with three races remaining worth a maximum 78, has yet to finish higher than fifth in Texas.

Already the most successful driver in US Grand Prix history with six wins, including five in Texas, Hamilton has designated the Circuit of the Americas as a "good hunting ground" and a perfect place to celebrate another title.

But despite his success in Texas, Hamilton made it clear he is taking nothing for granted in his pursuit of a sixth title which will be well within his reach from fifth on the starting grid.

"Honestly I'm not trying to think about that right now. I'm just trying to digest what just happened and then I'll move forward to tomorrow later on," said the Briton.

Sebastian Vettel joined Bottas on the front row, the German missing out on giving Ferrari a seventh straight pole by a wafer-thin 0.012 seconds.

"It was pretty fun to drive the car this afternoon but when you are so close to the pole," said Vettel, who will be starting a grand Prix from the front row for the 100th time on Sunday.

Red Bull's Max Verstappen, who was stripped of his Mexican Grand Prix pole last weekend after failing to slow for yellow warning flags, starts third while Ferrari's Charles Leclerc will line up fourth.

Leclerc was one of first out as he made up for lost track time after his third practice session was cut short with smoke pouring out of the back of his car.

The Italian outfit later confirmed the issue as an oil leak and went to work quickly replacing the engine with an old one to get the young Monegasque through qualifying.

"We had to change the power unit so it's probably not as much of an advantage as we had before," said Leclerc. "But we'll make the best out of it.

"I'm pretty sure we are still quick down the straights so let's hope we have an opportunity at the start.”