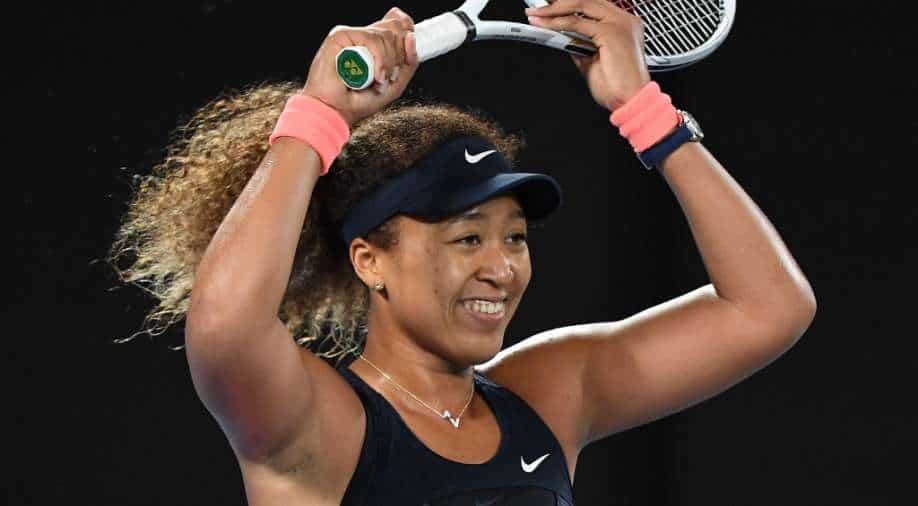 "I started off really well and then for some reason I became a little sluggish. My speed didn't really feel the same," Osaka said.

"I thought it was really mental from then on. In the end, it was who fought the hardest."

Four-time Grand Slam champion Osaka broke at love for a 2-0 lead and broke again for a 5-1 edge but Mertens broke Osaka at love in the seventh game and denied four set points for Osaka to hold in an eighth game that lasted almost 10 minutes.

Osaka, seeking her first Miami crown, saved a break point with her third ace and finally finished off the first set on her seventh chance with a service winner.

In the second set, Osaka needed her fifth chance of the third game to break Mertens, only for the Belgian to quickly break back to 2-2 and hold to 3-2 before requiring treatment for a right shoulder injury.

Australia's Barty broke five times, the last when Azarenka netted a forehand volley to end matters after one hour and 52 minutes at Hard Rock Stadium.

Barty, who had to save a match point on the way to a three-set victory over Kristina Kucova in the second round, plays Tuesday against seventh seed Aryna Sabalenka of Belarus, who downed Czech 19th seed Marketa Vondrousova 6-1, 6-2.

"I'm just excited I get to be in another quarter-final of a big event," Barty said.

"I still feel like there's a lot better tennis left out there for me. I still don't feel like I'm playing my very best just yet, but I'm fighting through and I'm finding ways to win, which is great."

The 2019 French Open winner dominated the first set but Azarenka broke for a 2-0 lead in the second, then fought back from 0-40 down to hold for 3-0 on the way to forcing a third set.

After an early exchange of breaks,  Azarenka denied Barty on two break chances in the fourth game but the 24-year-old Queenslander broke in the sixth game and again on the last point.

"First two sets probably had some pretty big momentum swings," Barty said. "But I think the third set was a real tussle."

"I'm really happy with how I bounced back from being a set down," Svitolina said. "I'm happy with how I'm playing and handling the pressure. I had to bring my best game to win."

On the men's side, Greek second seed Stefanos Tsitsipas defeated Japanese 28th seed Kei Nishikori 6-3, 3-6, 6-1 after an hour and 56 minutes to reach the last 16.

"Very pleased," Cilic said. "Just have to battle it out with these youngsters. I've got to keep the heads high for the veterans on the tour."