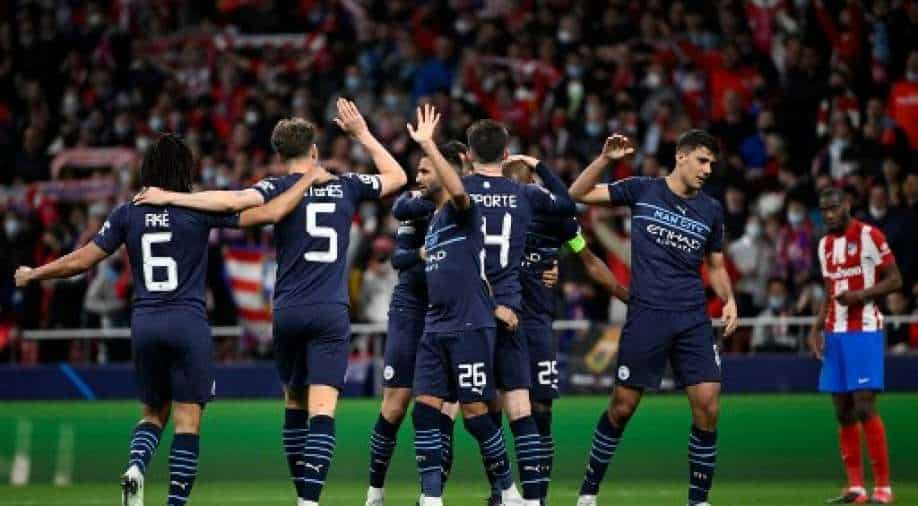 Tensions boiled over in the closing stages and Atletico defender Felipe was sent off after receiving a second yellow card before the teams played out 12 minutes of added time.

Manchester City produced a disciplined performance to secure a fractious 0-0 draw at Atletico Madrid on Wednesday and reach the Champions League semi-finals 1-0 on aggregate.

Tensions boiled over in the closing stages and Atletico defender Felipe was sent off after receiving a second yellow card before the teams played out 12 minutes of added time.

Scuffles broke out among the players following Felipe’s dismissal for kicking out at Phil Foden and continued after the final whistle as the teams went down the tunnel, with the police having to intervene to restore calm.

The English champions were comfortable in the first half, Ilkay Gundogan struck the post with their best chance after a flowing move down the right, but they did not manage another attempt on goal the rest of the game.

City manager Pep Guardiola dared Atletico to get away from their usual conservative approach and, roared on by a boisterous crowd at Metropolitano stadium, they tried hard to play with more attacking intent.

The visitors were patient, slowing down the pace of the game and running down the clock to the displeasure of Atletico manager Diego Simeone and their vocal supporters crowd.

The Spanish champions enjoyed more possession after the interval and threatened to score the goal that would have taken the game into extra time but were unable to break down the City defence despite creating several good chances.

City had only two goal attempts to 12 from Atletico after the break and their goalkeeper Ederson made two crucial stops in added time to ensure his team advanced to the last four.

"I`m proud of my team mates for the effort they have made, nothing to blame the team for. We`ve had our chances, we haven`t taken advantage of them and congratulations to the rival, but Atleti deserved more."

The City players acknowledged they had not been at their most fluent.

"It wasn`t our best game, that`s for sure," Rodri told reporters.

"We were tired in the second half because of the calendar, we had a very intense match on the weekend with Liverpool and we were out of legs in the end."