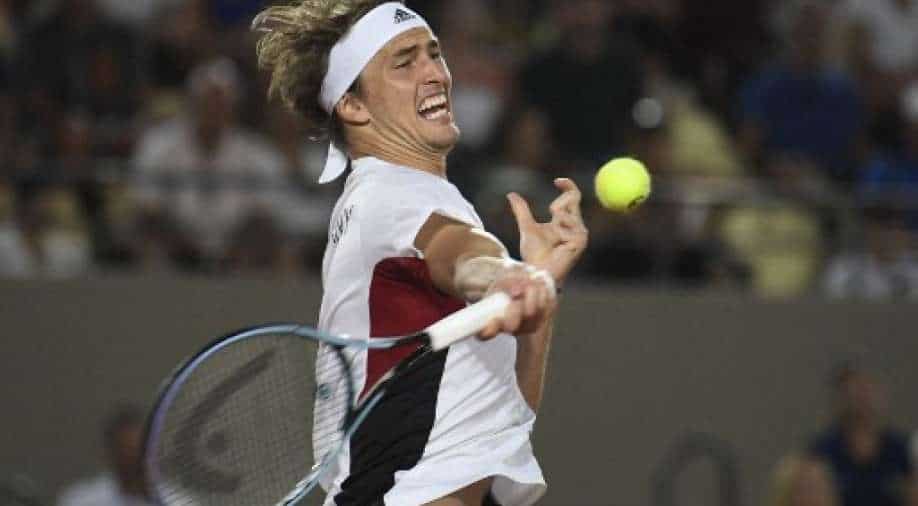 The German`s best run in the Principality tournament was 2018 when he reached the semi-finals, while he exited last year in the third round.

Zverev, who took to court as the highest ranked player remaining in the tournament, lost the first four points of the match but breezed through the first set in just over 20 minutes and dropped only three points on serve.

The 24-year-old was tested by Delbonis in the second, fighting back from 2-4 down and winning the next 11 points to move within a game of victory before converting his third match point.

"It`s not bad for a change of surface after Miami, you have to take that into consideration a little bit. I`m happy with the win," said Zverev, who lost to Norwegian Casper Ruud in the quarter-final of the hardcourt event.

The German`s best run in the Principality tournament was 2018 when he reached the semi-finals, while he exited last year in the third round.

"I know that I have to play much better," Zverev added. "This is the only Masters on clay that I haven`t won. I`m very motivated to do that and hope I can show it on court this week.

Earlier, unseeded American Sebastian Korda mastered the windy conditions to topple world number 11 Alcaraz 7-6(2) 6-7(5) 6-3 in an entertaining battle that lasted just over three hours, with both players struggling for rhythm.

"After losing to a Spaniard in Indian Wells and serving for it, it was nice to get a victory today," said the 21-year-old Korda, who pushed Rafa Nadal to a third-set tiebreak at the California tournament. "It was a crazy match!"

Miami Open champion Alcaraz followed top seed Novak Djokovic out of the tournament and was joined by Auger-Aliassime as the Canadian world number nine fell 6-2 7-6(2) to an inspired Lorenzo Mussett in front of a raucous crowd.