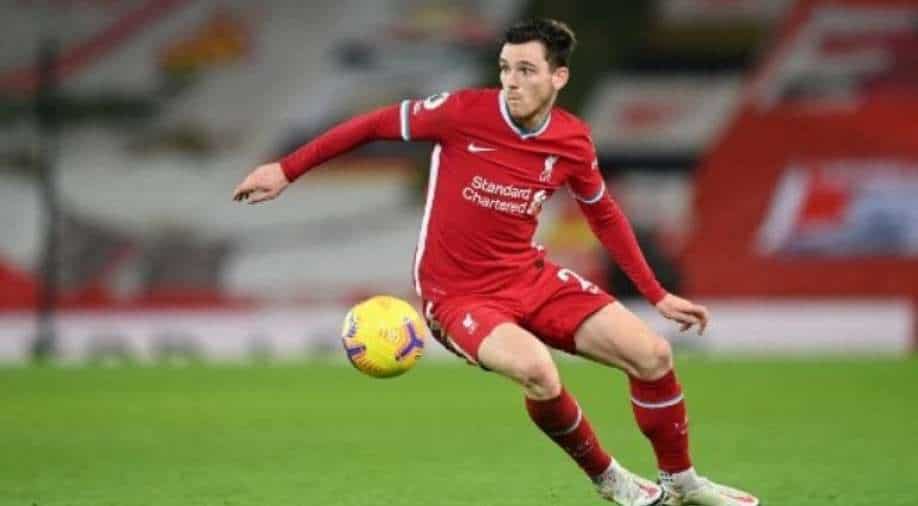 Riot police fired teargas at fans as chaos ensued near the Liverpool end of the ground, which governing body UEFA said was caused by fake tickets that did not work in the turnstiles.

Liverpool left back Andy Robertson labelled the organisation of Saturday`s Champions League final against Real Madrid a "shambles" after kick-off was delayed for 35 minutes due to fans trying to force their way into the Stade de France in Paris.

Riot police fired teargas at fans as chaos ensued near the Liverpool end of the ground, which governing body UEFA said was caused by fake tickets that did not work in the turnstiles.

Robertson said a friend was denied entry to the game, which Real won 1-0 to claim a record-extending 14th European Cup.

"One of my mates got told it was a fake, which I assure you it wasn`t. It was a shambles really," the 28-year-old told the BBC. "To be honest, people were just making it up at times and panicking. Teargas getting thrown at people was unacceptable."

Liverpool have demanded an official investigation into the incident and said they were hugely disappointed at the entry issues faced by their supporters.

"It was horrendous for our fans and all families that have been through it as well. It wasn`t a nice experience, not a nice final to come to. The Champions League should be a celebration but it wasn`t that," Robertson said.

The final was moved from St Petersburg to Paris by UEFA following Russia`s invasion of Ukraine, which Moscow calls a "special military operation".

Liverpool manager Juergen Klopp said the families of some players struggled to get into the stadium.
"What I heard is that we will have further investigations to figure out what was going on there. I heard a few things that were not good, not nice," the German said.

"Obviously it was pretty tricky out there, but I don`t know more about it."