Real Madrid lifted their 14th European Cup/Champions League title on Sunday with a 1-0 win over Liverpool in the final at the Stade de France in Paris. While it was a memorable triumph for Carlo Ancelotti's men against the Reds, the final was marred with drama and chaos. The kick-off was delayed for 35 minutes after some fans tried to force their way into the stadium resulting in massive chaos. The French police allegedly used pepper spray and tear gas against the fas at the Liverpool end to get the situation under control. However, in the end, Real Madrid emerged triumphant after all the drama, chaos and controversy during the game. 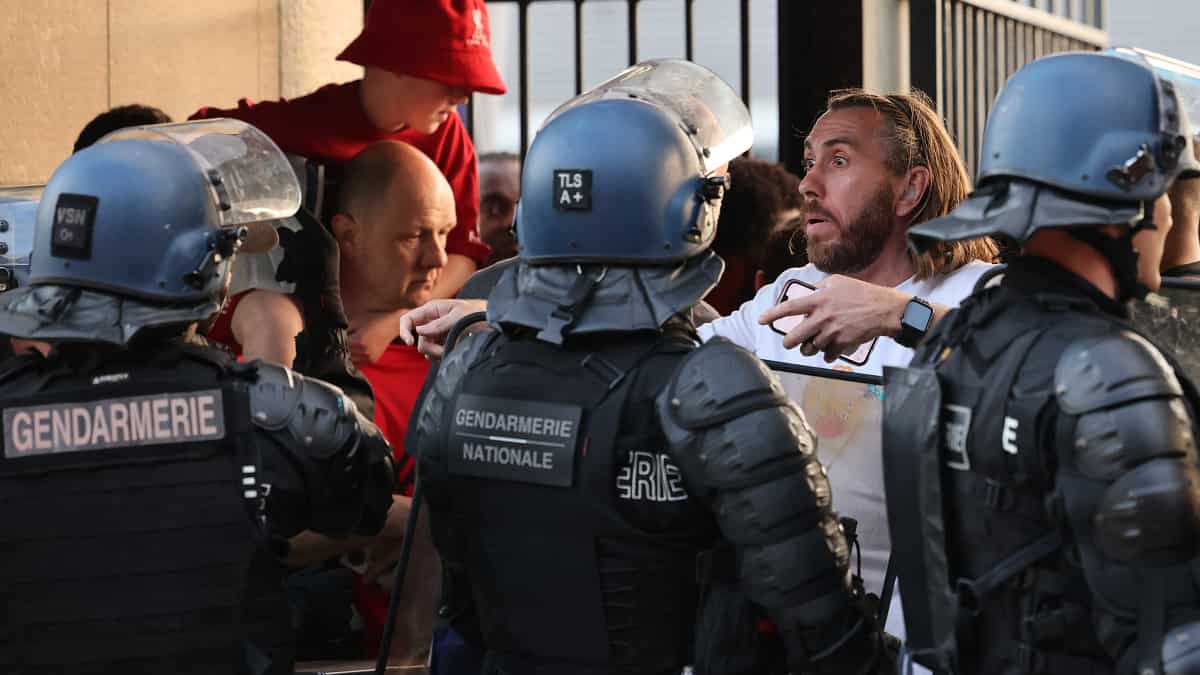 1) Kick off delayed due to chaos outside Stad de France

The French riot police allegedely fired tear gas and used pepper spary against the supporters after a choas broke out at the Liverpool end outside the Stad de France. Several fans tried to force their way into the stadium without tickets while others had fake tickets resulting in a huge chaos.

Some genuine ticket holders were also denied an opportunity to enter the stadium due to the horrific scenes outside the stadium as the French police blocked all the entry gates at the Liverpool end. UEFA said the chaos was due to fake tickets that did not work in the turnstiles. 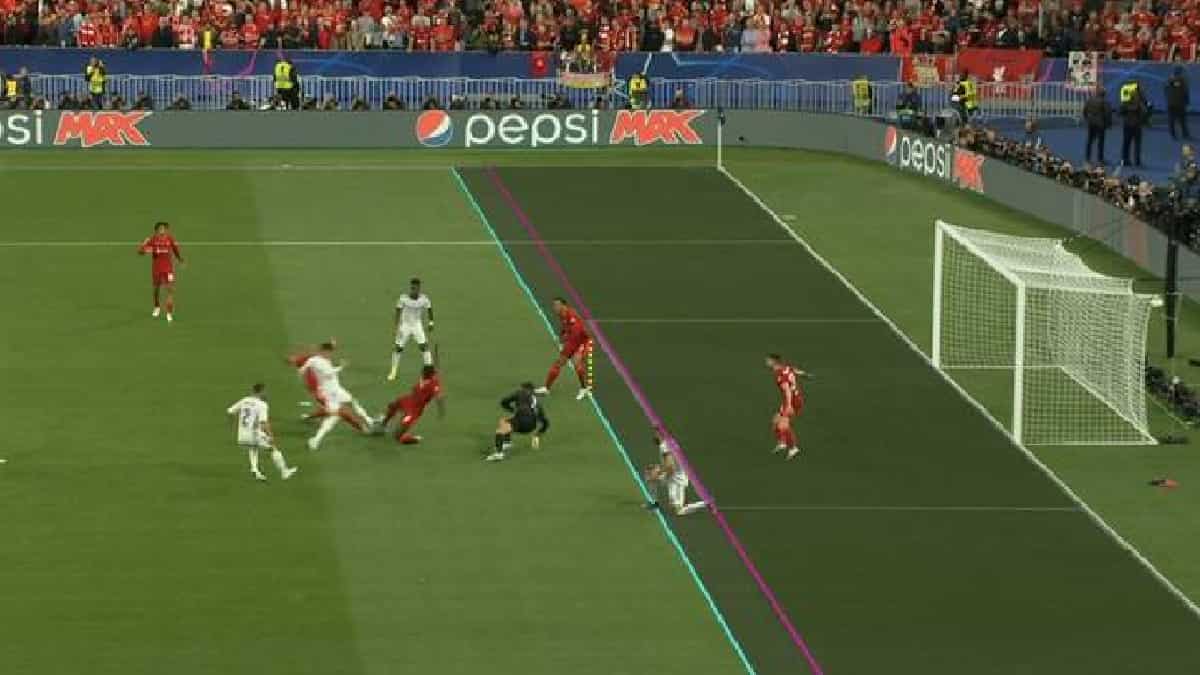 Karim Benzema slotted the ball into the net in the 43rd minute of the final and seemed to have given Real Madrid the lead before his goal was controversially ruled out as offside by the Video Assistant Referee (VAR). The VAR chedk took a couple of minutes before the goal was ruled out leaving fans bewildered on social media with many claiming the goal should have stood. 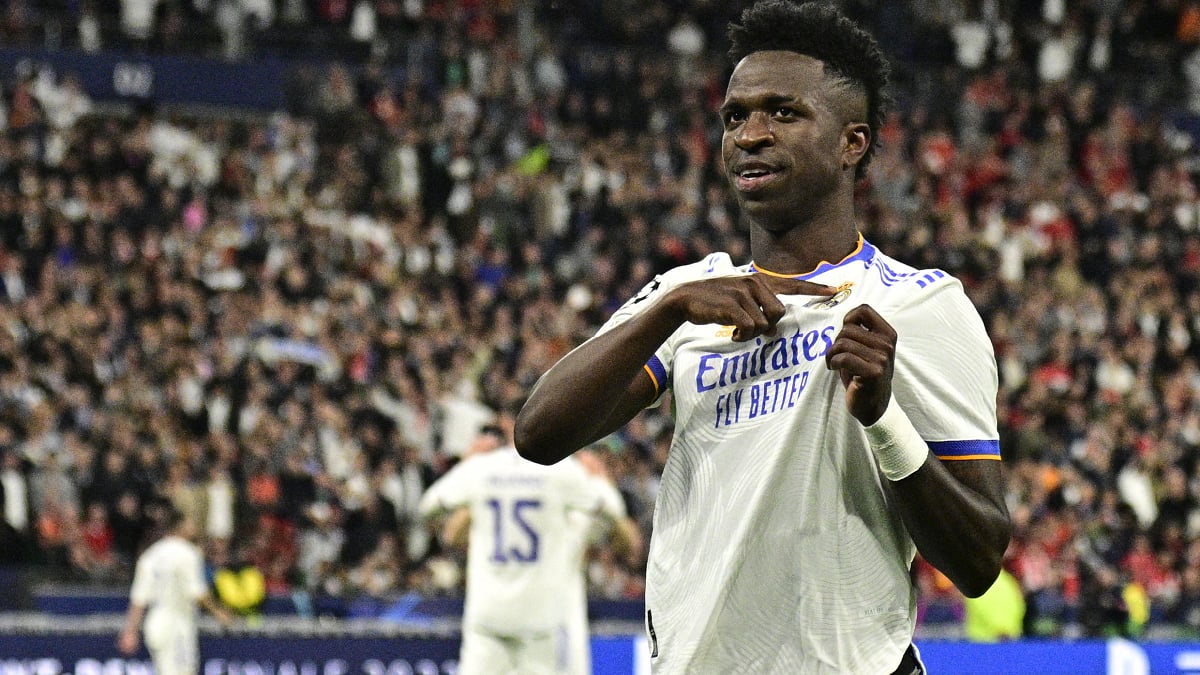 It was Vinicius Junior who proved to be the difference between the two sides in the second half after a goalless first half in the final. The Brazilian youngster sneaked in bheind Liverpool right back Trent Alexander-Arnold to latch on a pass from Federico Valverde and slot it home to put Real Madrid ahead in the final.

It proved to be the winner as Real Madrid managed to held on to their lead thanks to an incredible display between the sticks from goalkeeper Thibaut Courtois. 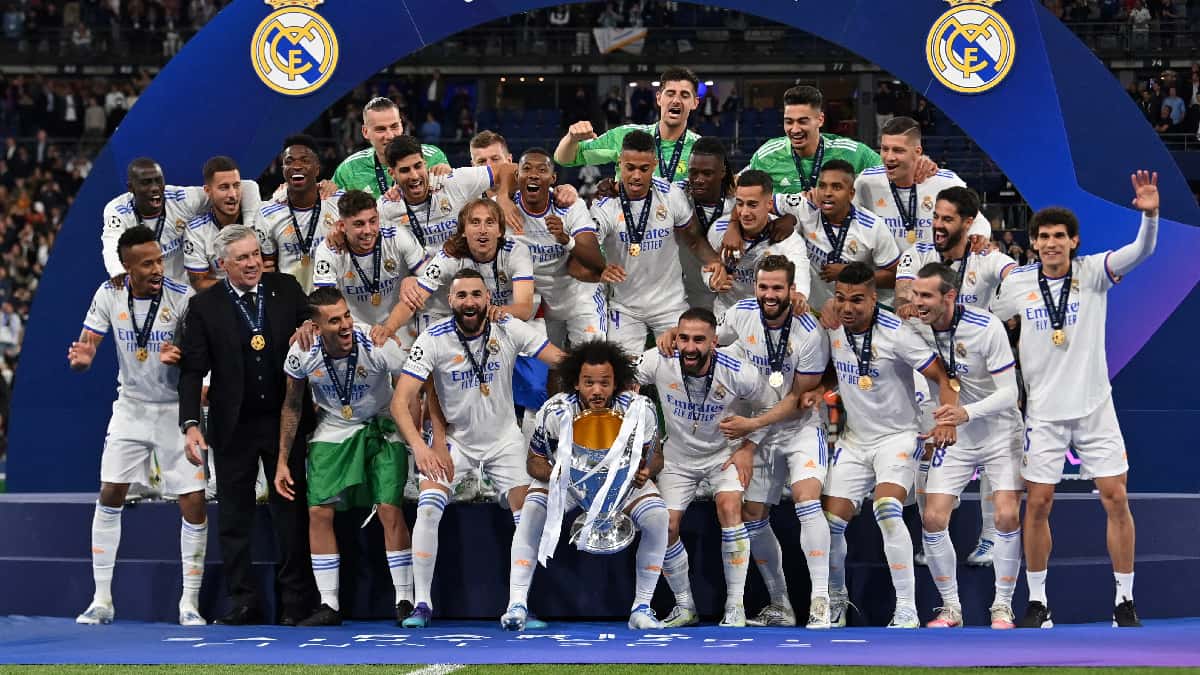 Real Madrid were statisticaly a no-match for Liverpool in the final but showcased their pedigree on the big stage to secure a result in the final. Real Madrid defeated Liverool 1-0 to win a record-extending 14th Champions League/European Cup title. They defeated the likes of Chelsea, PSG and Manchester City before downing Liverpool to be crowned champions of Europe. 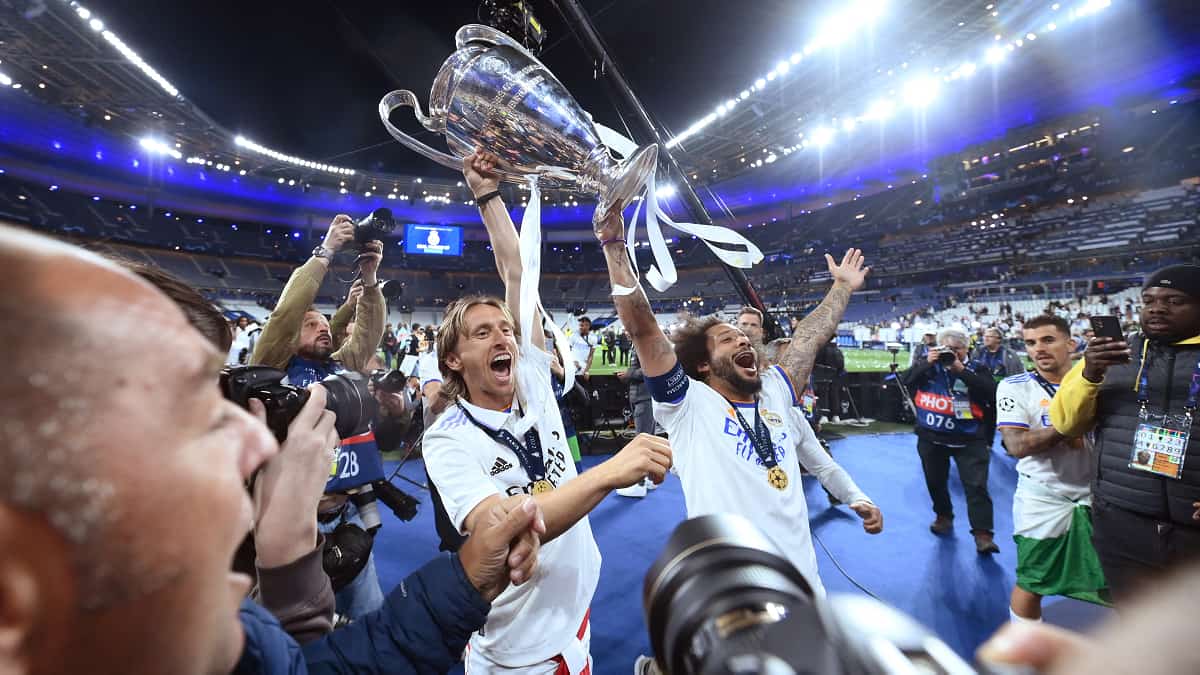 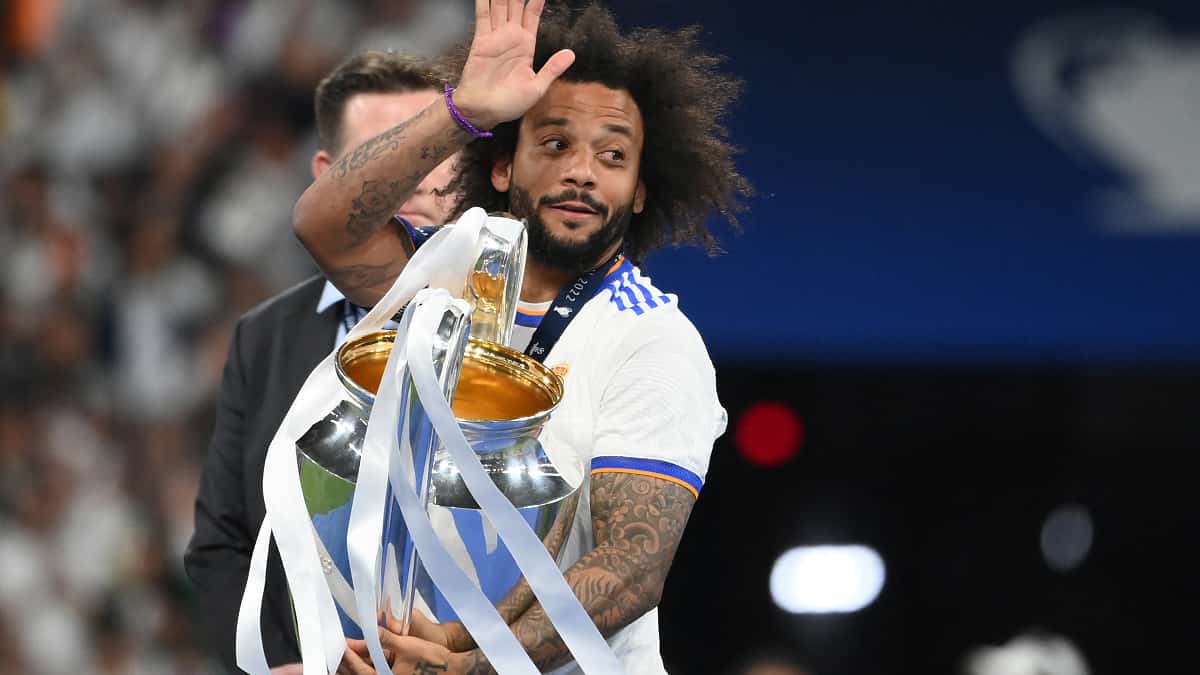 One of the greatest left backs of all time, Marcelo Vieira is all set to leave Real Madrid after winning the Champions League 2021-22 title. Marcelo announced his decision to leave the club after the conclusion of the final against Liverpool on Sunday. Marcelo will leave as one of the most decorated players in Real Madrid history with as many as 25 titles to his name. 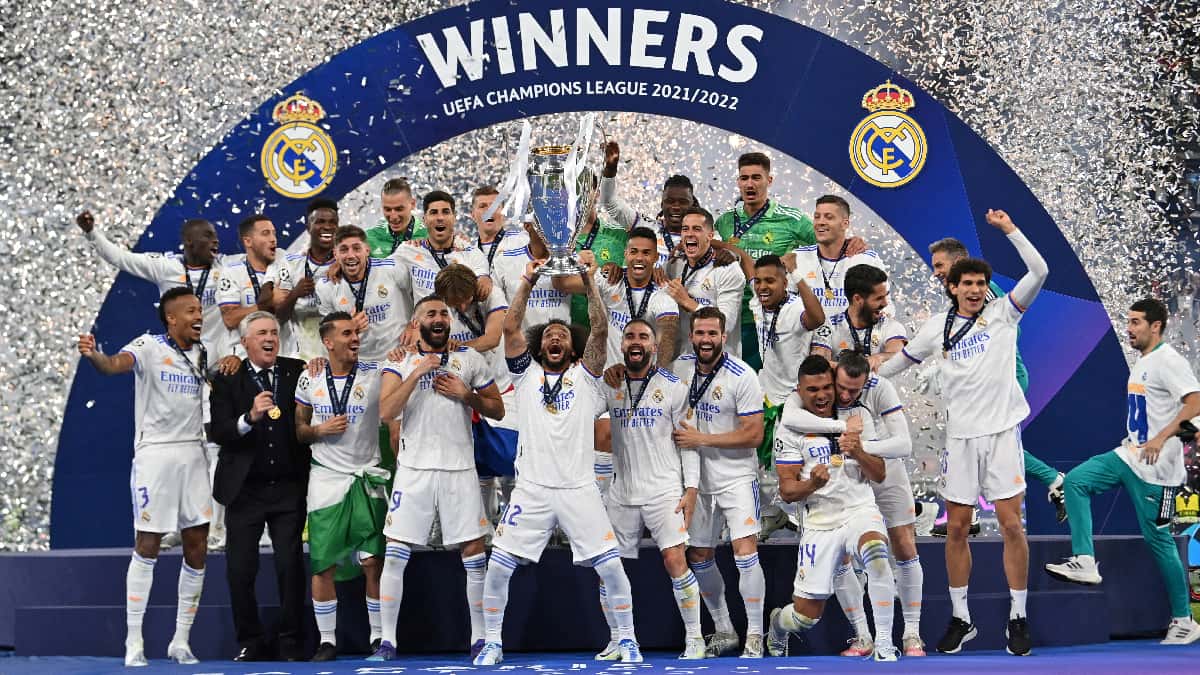 Real Madrid players were ecstastic after their victory at the Stad de France and celebrated passionately after clinching the most prestigious trophy in European football.